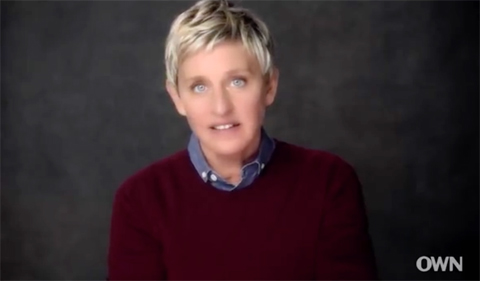 In a new clip for Oprah’s Master Class series, Ellen DeGeneres shares that she never thought she would come out, and certainly never so publicly as on a TV show.

Degeneres shares the story of attending a course at the Esalen Institute near Big Sur, California called “Changing the Inner Dialogue.” After discovering that her fear was that no one would love her or allow her to be famous once they knew she was gay, DeGeneres realized that the shame she was feeling was making her pretend to be someone she wasn’t.

Find OWN on TV at http://www.oprah.com/FindOWN