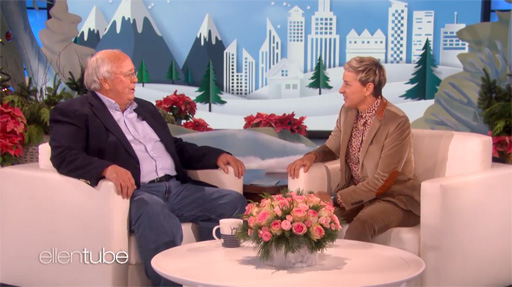 Mathis picketed outside Moore’s Midland City rally earlier this week with a sign which read:

Judge Roy Moore called my daughter Patti Sue Mathis (who committed suicide) a pervert because she was gay. A 32-year-old Roy Moore dated teenage girls aged 14 to 17. So that makes him a pervert of the worse kind.

In honor of Patti Sue, Ellen donated $25,000 to The Trevor Project which provides crisis intervention and suicide prevention services to LGBTQ youth, courtesy of Shutterfly.

I won’t spoil it for you, but Mathis is beyond touching in his honesty talking about his daughter as well as exceedingly charming in the way he expresses his world views.

Make sure you hit play below and watch. You’ll be very glad you did.