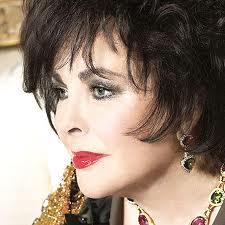 Hollywood icon Elizabeth Taylor is being treated at Cedars-Sinai Medical Center in Los Angeles for symptoms of congestive heart failure, her spokesperson revealed Friday. It is not yet clear how long the Oscar-winner will remain in the hospital.

Taylor was originally diagnosed with the condition in November 2004. The now-78-year-old star was scheduled to attend an amfAR benefit gala Wednesday night in New York, where she was to receive an award for her dedication to AIDS research. Elton John accepted the award on the absent Taylor’s behalf.

Early in the fight against AIDS, Elizabeth Taylor led the way in awareness and fundraising. An amazing friend to the LGBT community, Taylor won two Academy Awards both for Best Actress, and was awarded the Jean Herscholt Humanitarian Academy Award in 1992 for her work fighting AIDS.