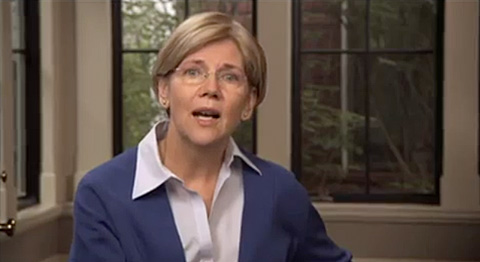 Elizabeth Warren is the projected winner of the U.S. Senate race in Massachusetts, reclaiming the Teddy Kennedy Senatorial seat from  Republican Scott Brown.

“Over the past year, we built something
amazing together,” Warren said in an e-mail to supporters moments after
polls closed. “We showed the world that we had heart, that we had guts,
and that we were willing to get in the ring and fight for a principle —
that together we will build a future of growing opportunities for
ourselves, our children and our grandchildren.

The epic battle
for the seat drew record campaign contributions from across the country
and ended with a mammoth get-out-the-vote effort and hours-long waits at
polls across the state.