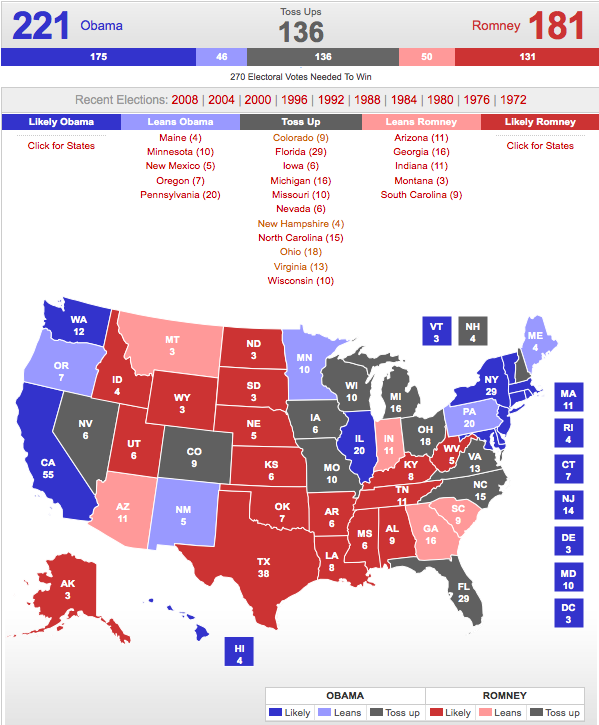 Over the last two months, even as national polls have shown little movement in the race, something different has been happening in the battleground states. It’s as if there’s a parallel campaign in the states that are likely to determine the presidency, one with its own rhythms and realities.

In those states, President Obama has been pulling ahead. The gaps aren’t huge, but taken together, the numbers strongly suggest that Democrats’ relentless attacks on Mitt Romney’s business record at Bain Capital have been taking a toll.

Quinnipiac University polling last week in the three big classic swing states show the president with narrow but identifiable leads. He’s up four points in Florida, seven in Ohio, and six in Pennsylvania.

Among the things that those states have in common is that voters there have seen an avalanche of early advertising focused on questioning Romney’s business record.

The current electoral map, according to Real Clear Politics, shows when recent polls are taken into account President Obama looks to be at around the 221 mark right now. With Pennsylvania leaning his way, should he win Ohio (18) and Florida (29), that would put President Obama at 266. All he would need would be even the smallest swing state, New Hampshire (4) to win.