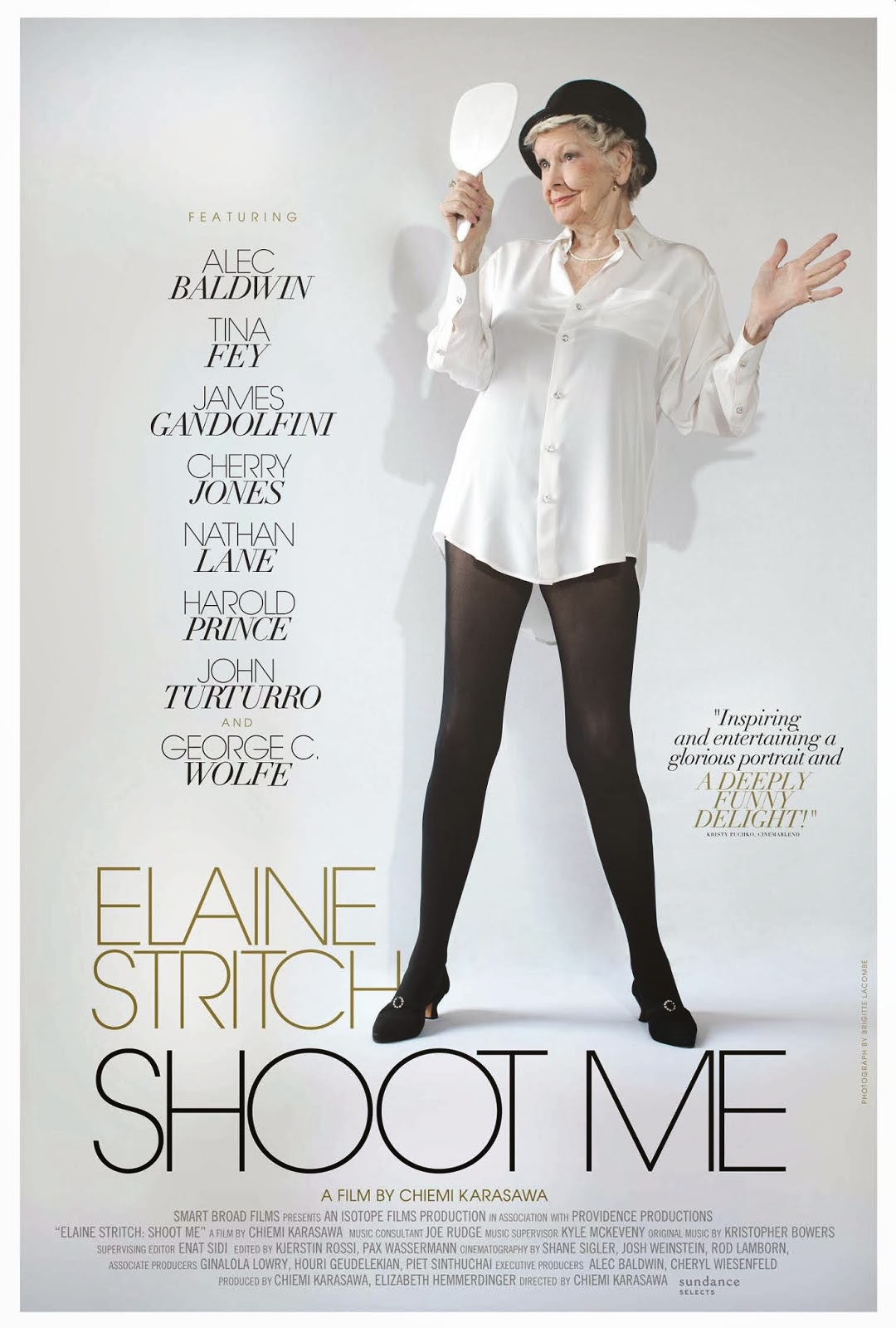 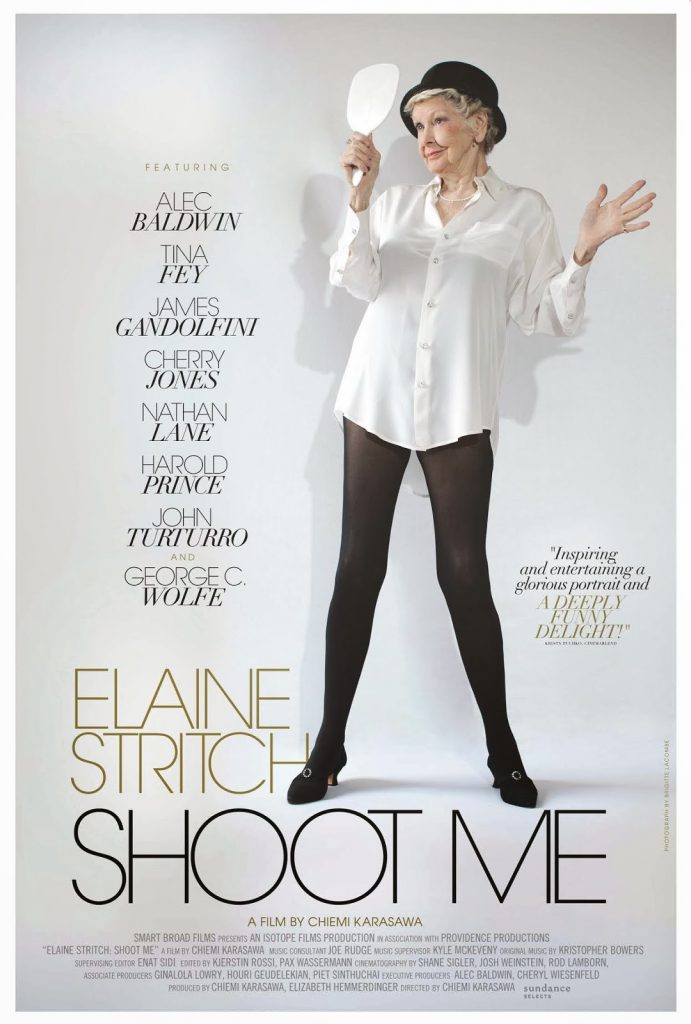 At 87, Broadway legend Elaine Stritch remains indisputably in the spotlight.

In the revealing and poignant ELAINE STRITCH: SHOOT ME, the uncompromising Tony and Emmy Award-winner is showcased both on and off stage via rare archival footage and intimate cinema vérité.

By turns bold, hilarious and moving, the film’s journey connects Stritch’s present to her past, and an inspiring portrait of a one-of-a-kind survivor emerges.   In stolen moments from her corner room at the Carlyle and on breaks from her tour and work, candid reflections about her life are punctuated with photographs from her personal collection and words from friends (including Hal Prince, George C. Wolfe, Nathan Lane, Cherry Jones, Tina Fey, James Gandolfini and John Turturro).

Whether dominating the stage, tormenting Alec Baldwin on the set of “30 Rock,” or sharing her personal takes on her struggles with aging and alcoholism, ELAINE STRITCH: SHOOT ME reaches beyond the icon’s brassy exterior and reveals a multi-dimensional portrait of a complex woman and artist.

Sundance Selects will release the film on February 21, 2014