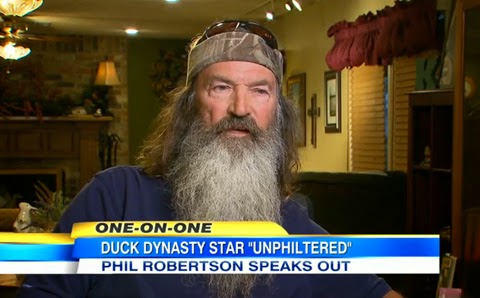 Anti-gay Phil Robertson, of Duck Dynasty fame, has written a new book – UnPHILtered – to “clear the air” on several topics.

Of course, one of those being his now famous comments about gays in an GQ interview that saw him be suspended from his TV show.

In this interview with ABC, Robertson is asked if he thinks he’s a homophobe. His response: I’m as much of a homophobe as Jesus was.”

I somehow doubt that. Watch the interview below: