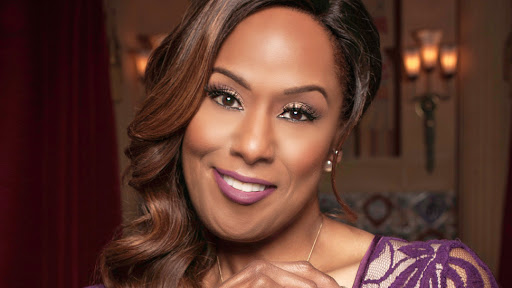 Tony Award winner Jennifer Holliday, who shot to fame in 1981 for her scorched earth performance as “Effie White” in the original Broadway company of Dreamgirls will return to the Great White Way in the celebrated Broadway revival of The Color Purple beginning October 4th.

Taking over the role of “Shug Avery” from Heather Headley, this engagement marks Holliday’s first return to Broadway since a two month run as “Matron ‘Mama’ Morton” in the long-running revival of Chicago the Musical in 2001.

“I was deeply moved by this truly uplifting production of The Color Purple and I am highly honored and absolutely thrilled to be joining this extraordinary cast,” said Holliday in a statement. “Nothing compares to performing before a Broadway audience and I can’t wait to return to the Broadway stage, where I started my career over 35 years ago.”

Director John Doyle added, “There is a rich and significant legacy to the line of women who have been part of The Color Purple, and I am very honored and excited to work with another major actress as she assumes one of its iconic roles. I am very taken with Ms. Holliday’s approach to the character of Shug and I look forward to sharing how her integrity and experience will enrich this production of The Color Purple.”

The Houston-born Holliday made her Broadway debut at age 19 in Vinnette Carroll’s 1980 gospel musical Your Arms Too Short To Box With God as a featured soloist. After Dreamgirls she returned to Broadway just twice as replacement Teen Angel in the 1994 revival of Grease, and as a replacement Matron “Mama” Morton in the long-running revival of Chicago for two months in 2001. This is her first return to Broadway since then.

I recently saw Holliday at the terrific 35th anniversary concert of Dreamgirls in Los Angeles where she appeared for the first time in over three decades with co-stars Sheryl Lee Ralph and Loretta Devine. I can attest that Holliday is still a powerful force to be reckoned with onstage.