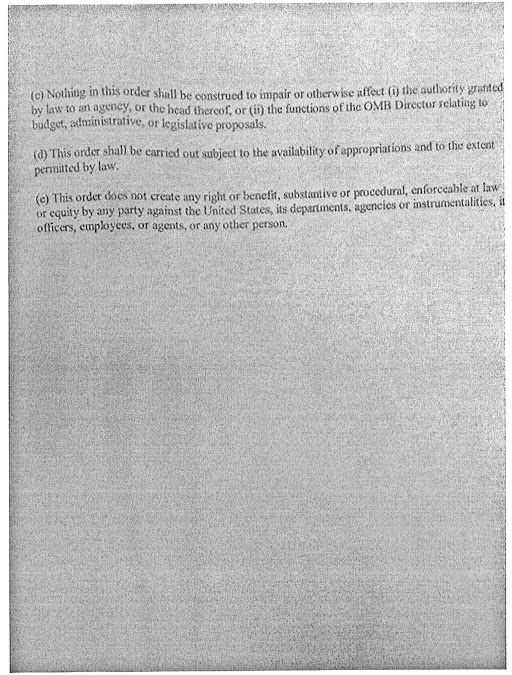 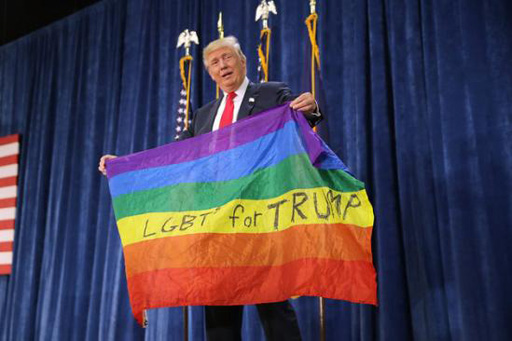 The Nation has obtained of a leaked copy of a draft executive order that would realize the fears of the LGBTQ community by legalizing discrimination.

The four-page draft order, a copy of which is currently circulating among federal staff and advocacy organizations, construes religious organizations so broadly that it covers “any organization, including closely held for-profit corporations,” and protects “religious freedom” in every walk of life: “when providing social services, education, or healthcare; earning a living, seeking a job, or employing others; receiving government grants or contracts; or otherwise participating in the marketplace, the public square, or interfacing with Federal, State or local governments.”

The draft order seeks to create wholesale exemptions for people and organizations who claim religious or moral objections to same-sex marriage, premarital sex, abortion, and trans identity, and it seeks to curtail women’s access to contraception and abortion through the Affordable Care Act.

Language in the draft document specifically protects the tax-exempt status of any organization that “believes, speaks, or acts (or declines to act) in accordance with the belief that marriage is or should be recognized as the union of one man and one woman, sexual relations are properly reserved for such a marriage, male and female and their equivalents refer to an individual’s immutable biological sex as objectively determined by anatomy, physiology, or genetics at or before birth, and that human life begins at conception and merits protection at all stages of life.”

The breadth of the draft order, which legal experts described as “sweeping” and “staggering,” may exceed the authority of the executive branch if enacted. It also, by extending some of its protections to one particular set of religious beliefs, would risk violating the Establishment Clause of the First Amendment to the Constitution.

“This executive order would appear to require agencies to provide extensive exemptions from a staggering number of federal laws—without regard to whether such laws substantially burden religious exercise,” said Marty Lederman, a professor at Georgetown University Law Center and an expert on church-state separation and religious freedom.

With this language, you have to wonder if Catholics might be able to legally discriminate against divorced people?

This draft EO is a sweeping and dangerous license to discriminate and an attack on LGBTQ Americans. https://t.co/FlxLIDuPQ9

See photo copies of the draft below via The Nation (click images to enlarge): 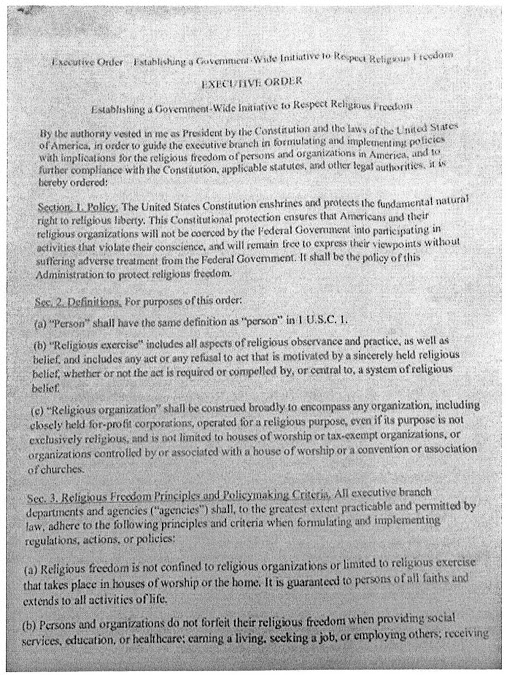 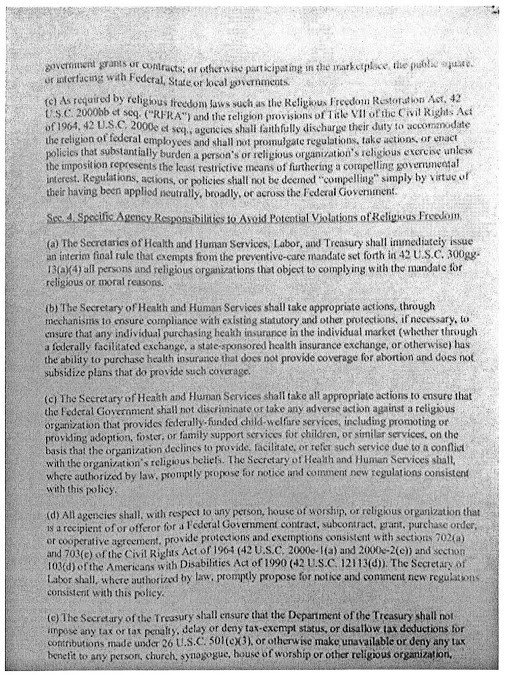 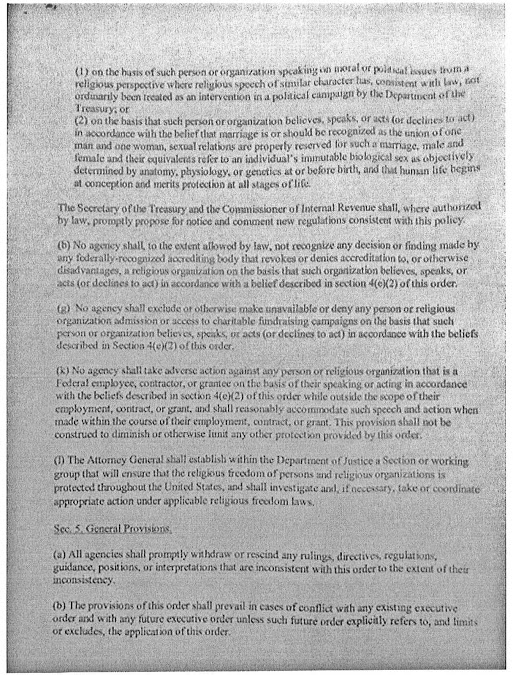