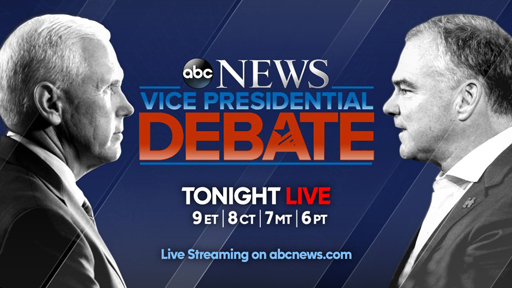 Make sure you’re sitting in front of the TV tonight for the one and only Vice-Presidential Debate between Democrat Tim Kaine and Republican Mike Pence.

Among many other issues that separate the two presidential tickets (including the lack of class on the GOP side) you can check out where the veep candidates stand on LGBTQ issues.

Some details from the Human Rights Campaign:

Pence became a national disgrace in 2015, for his “license to discriminate” bill that could have allowed businesses to deny service to LGBTQ people — and subsequently defending the bill over an outcry from the business community and a majority of Hoosier voters. In a now notorious interview with ABC last year, Pence refused to answer eight separate times when asked whether businesses should be able to discriminate against LGBTQ people.

Tonight’s debate will air live on all of the major broadcast networks (ABC, CBS, FOX, and NBC) as well as C-SPAN and cable news channels such as CNN, Fox News, Fox Business Network, and MSNBC. Spanish-language networks Telemundo and Univision will also air the debate. 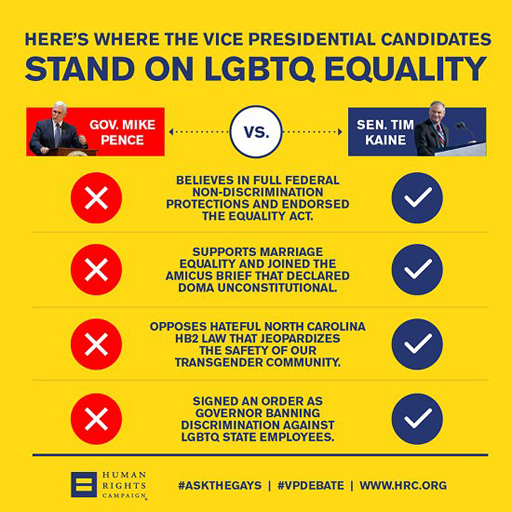