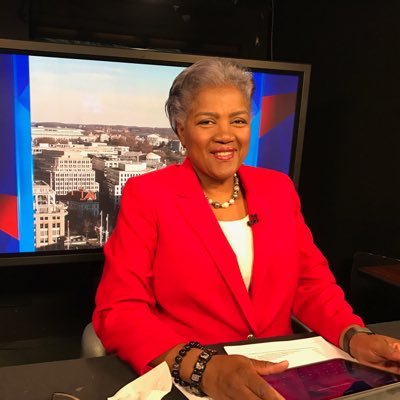 Former Democratic National Committee head Donna Brazile writes in a new book that she seriously contemplated replacing Hillary Clinton as the party’s 2016 presidential nominee with then-Vice President Biden in the aftermath of Clinton’s fainting spell, in part because Clinton’s campaign was “anemic” and had taken on “the odor of failure.”

In an explosive new memoir, Brazile details widespread dysfunction and dissension throughout the Democratic Party, including secret deliberations over using her powers as interim DNC chair to initiate the process of removing Clinton and running mate Sen. Tim Kaine (Va.) from the ticket after Clinton’s Sept. 11, 2016, collapse in New York City.

Brazile writes that she considered a dozen combinations to replace the nominees and settled on Biden and Sen. Cory Booker (N.J.), the duo she felt most certain would win over enough working-class voters to defeat Republican Donald Trump. But then, she writes, “I thought of Hillary, and all the women in the country who were so proud of and excited about her. I could not do this to them.”

Brazile paints a scathing portrait of Clinton as a well-intentioned, historic candidate whose campaign was badly mismanaged, took minority constituencies for granted and made blunders with “stiff” and “stupid” messages. The campaign was so lacking in passion for the candidate, she writes, that its New York headquarters felt like a sterile hospital ward where “someone had died.”

What the article nor Brazile seem to mention is that before the DNC head can replace a presidential candidate, the current candidate has to choose to step aside. And when it comes to picking new nominees, it’s the entire DNC – some 350 people.

The WaPo piece makes Brazile’s book seem very much like a hatchet piece on the Clinton campaign.

Airing her dirty laundry (and right before important elections in New Jersey and Virginia) seems petty and selfish.

I hope I never want to sell a book so badly that I’m willing to burn down the house I’ve lived in for years and years.

.@donnabrazile respect your right to tell your story.
Your timing, days before the 2017 election, could not be more selfish and worse.

Is Donna Brazile is hell bent on destroying all respect for the DNC? https://t.co/oKogSDajIG

Donna Brazile is one “Crooked Hillary” away from getting her own show on Fox News.

I of all people know how hard you have to hustle to sell books these days but this is nuts @donnabrazile – are you gunning for Fox News gig? https://t.co/kWHEsMPwU9

Are we absolutely definitely sure Donna Brazile has not just published a set of fan fiction short stories?