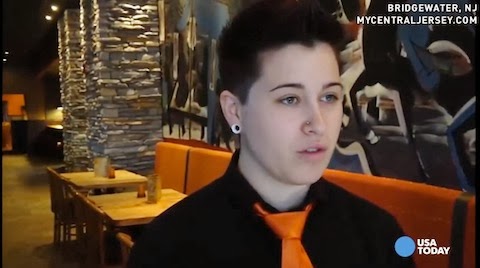 Dayna Morales, the ex-Marine Bridgewater, NJ waitress who hoaxed the public with her ‘no tip, anti-gay note’ story while collecting money from strangers sympathetic to that story, promised to donate that cash to the Wounded Warrior Project.

The group can find no sign that she has done so, Bridgewater Patch reports:

But as of Wednesday, the Wounded Warrior Project, a nonprofit that supports veterans returning from overseas duty, could not confirm Morales had made any donations.

A Wounded Warrior representative checking for donations by her name and the ZIP codes for Bridgewater, where the restaurant is located, and Bedminster, where Morales said she lives, was unable to find any matching donations.

The donations may have been made from a different ZIP code, or by a third-party, the representative said.

She is currently suspended from her job at the restaurant.