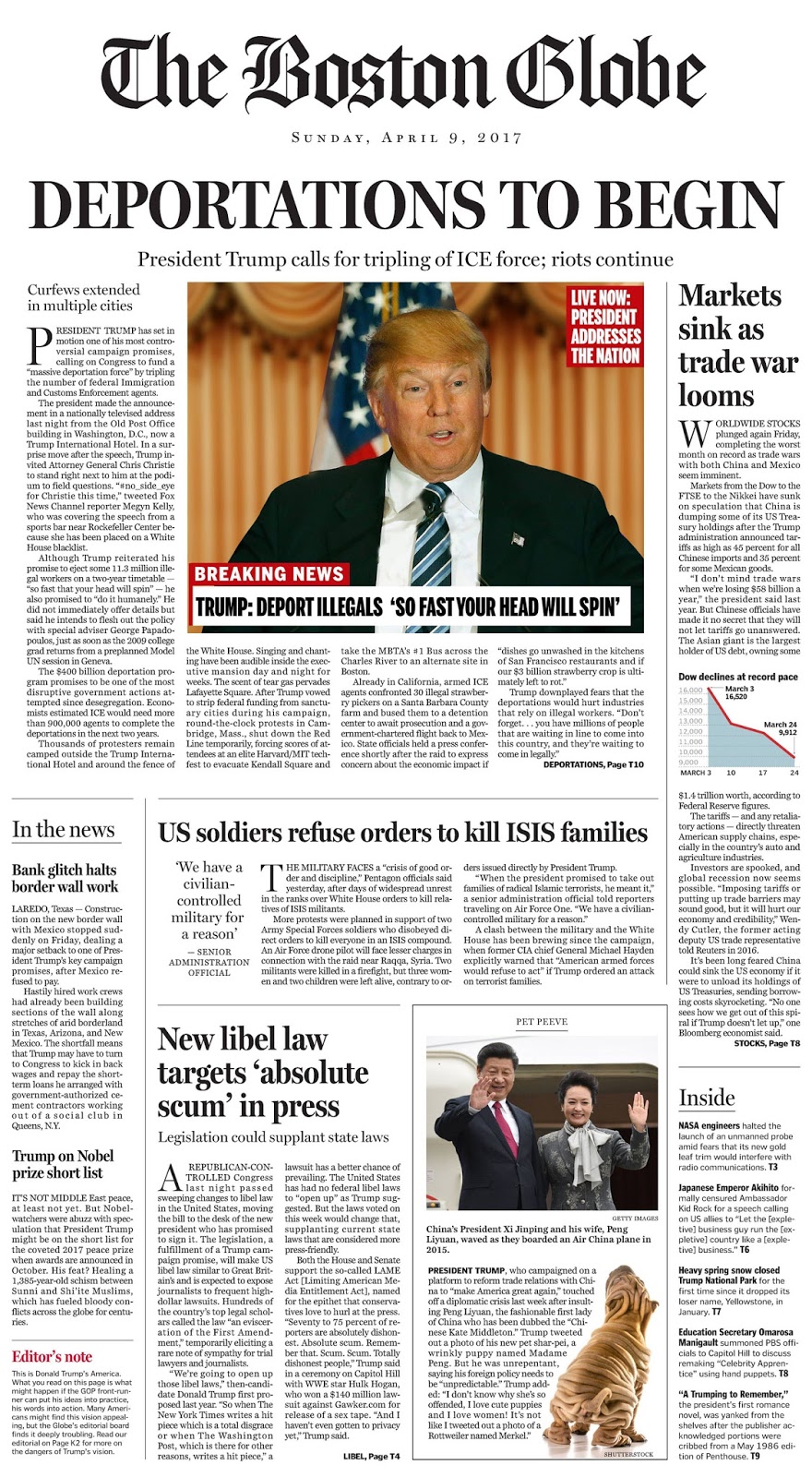 This past Sunday, the Boston Globe created an entirely fictional front page for the newspaper imagining the future of America under a “President Trump.”

The “news stories” included stock markets crating, mass deportations beginning at a cost of $00 billion, Fox News’ Megyn Kelly reporting from bars because she’s placed on a “White House black list,” and soldiers refusing to kill the children of members of ISIS.

The editors warned: “This is Donald Trump’s American. What you read on this page is what might happen if the GOP front-runner can put his ideas into practice, his works into action. Many Americans might find this appealing, but the Globe’s editorial board finds it deeply troubling.”

The Globe went on to say, “It is an exercise in taking a man at his word.”

You can read the Globe’s editorial here.

Donald Trump, unsurprisingly, was not pleased.

Speaking in upstate New York last night, he shared this rant with this followers”