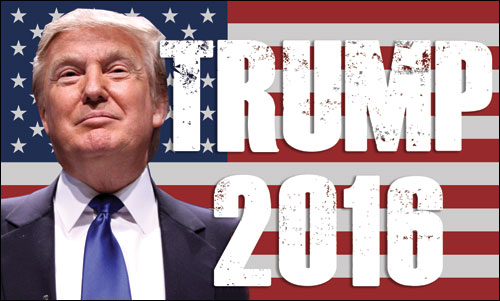 Here’s what The Donald’s fans say they are hoping for:

“When he gets in there, he’ll figure it out,” said Amanda Mancini, who said she had traveled from California to see Mr. Trump. “So we do have to trust him, but he has something that we can trust in. We can look at the Trump brand, we can look at what he’s done, and we can say that’s how he’s done everything.”

Still, others said they had plenty of advice for the man they regularly identified in conversation as “Mr. Trump.”

“Hopefully, he’s going to sit there and say, ‘When I become elected president, what we’re going to do is we’re going to make the border a vacation spot, it’s going to cost you $25 for a permit, and then you get $50 for every confirmed kill,’ ” said Jim Sherota, 53, who works for a landscaping company. “That’d be one nice thing.”

After being arrested, one of the brothers said the attack was inspired in part by GOP presidential candidate Donald Trump. “Donald Trump was right, all these illegals need to be deported,” he allegedly told the police.

When Trump was informed of the statement, he said, “I will say that people who are following me are very passionate. They love this country and they want this country to be great again. They are passionate.”

THIS is who supports Donald Trump.