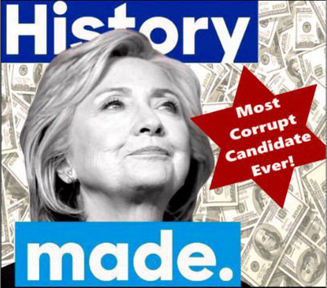 UPDATE: After Donald Trump’s supporters virulently denied the shape of the star had anything to do with the Star of David, internet sleuths have found that the internet graphic the Trumpster tweeted out actually came from a neo-Nazi/white supremacist chat board.

Donald Trump got into some Twitter trouble again today when he tweeted an image combining a pile of cash, a Star of David and the word “corrupt.”

While the Twitterverse pondered the use of the star – was he making an anti-Semitic joke? –  the Trumpster deleted the image and retweeted the updated image with a circle replacing the Star of David.

An entire library of clip-art shapes and his team picks the Star of David. #Sad. 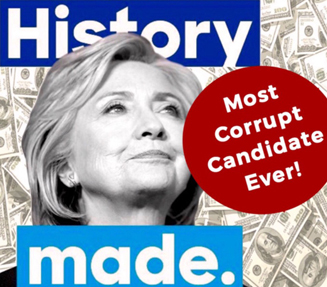 Using Star of David symbol with the word “corrupt” –> https://t.co/YWT9vCDQBa

Why is there a Star of David? https://t.co/CMidmfHbjg

Putting “corrupt” in the Star of David. Totally not anti-Semitic though. #NeverTrump https://t.co/O9fWXnZ1y9