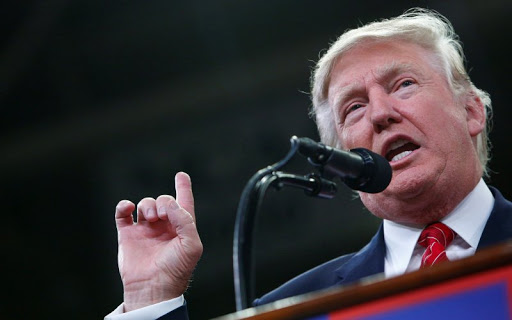 At a campaign rally today, Republican Donald Trump threw out what many thought sounded like a call to shoot his opponent, Democrat Hillary Clinton.

This is really unprecedented folks.

Said Trump, “Hillary wants to abolish, essentially abolish, the Second Amendment. By the way, and if she gets to pick her judges, nothing you can do, folks. Although the Second Amendment people, maybe there is, I don’t know. But I’ll tell you what, that will be a horrible day.”

The reference to the Second Amendment, the right to keep and bear arms, could be interpreted as a joke about using violence to stop Clinton or her judicial picks.

Trump was speaking at a rally in Wilmington, North Carolina, where he repeated his regular claim that Clinton intends to “abolish” the Second Amendment, presumably by appointing liberal justices to the Supreme Court. But Trump punctuated that line with an aside, suggesting that Second Amendment supporters might be in a position to stop her even if she’s elected.

Clinton’s campaign manager Robby Mook responded in a statement: “This is simple–what Trump is saying is dangerous. A person seeking to be President of the United States should not suggest violence in any way.”

.@realDonaldTrump makes death threats because he’s a pathetic coward who can’t handle the fact that he’s losing to a girl.

Your reckless comments sound like a two-bit dictator, @realDonaldTrump. Not a man who wants to lead the greatest democracy on the planet.

Don’t treat this as a political misstep. It’s an assassination threat, seriously upping the possibility of a national tragedy & crisis.

Donald Trump suggested someone kill Sec. Clinton. We must take people at their word. @SecretService must investigate #TrumpThreat.

Trump’s campaign later spun the dog whistle in a different direction. See below.

I’ll say this – if you think what he said wasn’t dangerous, try telling your boss that your “2nd Amendment” folks will “take care of him” tomorrow. See how that flies. 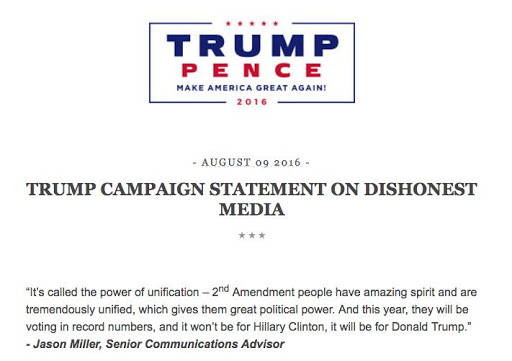