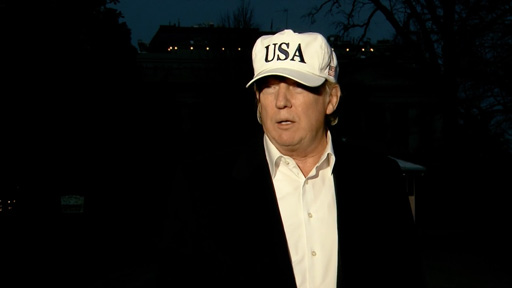 Last week, Democratic Reps. Jackie Spier and Adam Schiff both shared the “rumor on the Hill” that Donald Trump was planning to fire Special Counsel Robert Mueller next week when Congress is gone for the holidays.

Last night, the Donald denied any such plans.

Returning to the White House from Camp David, Trump was asked Sunday whether he intended to fire Mueller. “No, I’m not,” he told journalists, insisting that there was “no collusion whatsoever” between his campaign and Russia.

The outcry over Mueller’s investigation into Russia’s 2016 election interference grew louder over the weekend among Trump loyalists and conservative media figures. Although Trump has publicly and privately criticized the Department of Justice and the FBI and voiced displeasure with his appointees there, the president’s advisers insisted he is not aiming his ire at Mueller.

Trump’s lawyer, Ty Cobb, also shot down the rumor yesterday saying, “As the White House has repeatedly and emphatically said for months, there is no consideration about firing or replacing the special counsel with whom the White House has fully cooperated in order to permit a fully vetted yet prompt conclusion.”