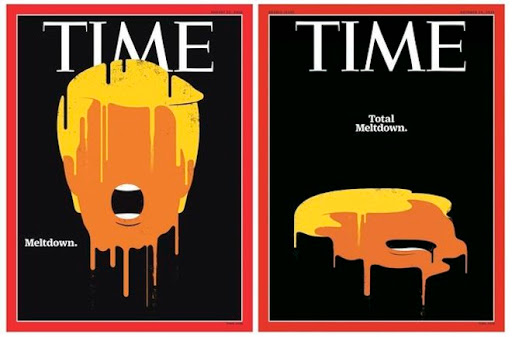 The furor over the leaked recording seemed to liberate him. Free of the “shackles”–his own tweeted word–Trump reduced his campaign to a primal grunt.

It sounded, at times, like the last gasp of the angry white man. Trump threatened to throw his opponent in jail, bragged of avoiding income taxes and peddled an empty conspiracy theory about undocumented immigrants’ being given voter-registration cards. He insisted he was right to stoke the racial tensions of New York City during the Central Park jogger drama in the 1990s, refusing to accept the DNA proof that he had the case wrong. He promoted a fiction that Muslim friends of the San Bernardino, Calif., terrorists knew their plans but failed to alert authorities, and he injected a crude Russian propaganda effort into one of his rallies without a care about its inaccuracy. Another tape (it wasn’t easy keeping track) caught him agreeing as a radio shock jock labeled his daughter Ivanka “a piece of ass.” Having congratulated himself for keeping the first presidential debate slightly above the muck, in Round 2 he plunged into the wallow, deflecting attention from his own vulgarity by saddling Clinton with the alleged sexual sins of her husband and trying to seat Bill Clinton’s accusers in the front row.

Trump once said on the campaign trail that he would approve of torture as President, “even if it doesn’t work.” With four weeks left to Election Day, he seemed to be testing the proposition on the public. Unshackled, he flirted with unhinged and erased the emollient line between a campaign aimed at the base and one intended to debase.