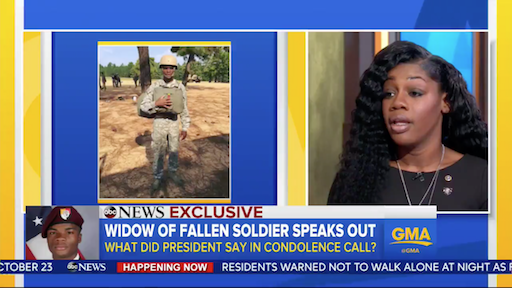 Myeshia Johnson spoke to Good Morning America about the now infamous phone call from Donald Trump regarding her husband’s death that Johnson says was insensitive and hurtful.

Myeshia’s husband, Sgt. La David Johnson, was killed in action in Niger on October 4 of this year.

Myeshia Johnson, widow of Sgt. La David Johnson: “Whatever Ms. Wilson said was not fabricated. What she said was 100% correct.” pic.twitter.com/sS5zmkDwAF

Of course, rather than let this all go and be presidential, Trump had to fire back via Twitter this morning basically calling Johnson’s widow a liar.

I had a very respectful conversation with the widow of Sgt. La David Johnson, and spoke his name from beginning, without hesitation!

Other folks on Twitter had some thoughts on the issue as well:

What you wish he’s say but never will: “I’m sorry if I my words came across in ways I never intended. All of us grieve with and for you.” https://t.co/IRhFgJ9zSS

As a military veteran, I never thought I’d see the day when a widow and patriot like Myeshia Johnson is insulted by a Commander-in-Chief.

Oops, typo — you misspelled “as Sgt. La David Johnson is laid to rest today, a grateful nation thanks his family for their sacrifice.” https://t.co/vJ9afQL4ZR

It was only a matter of time before you started fighting with widows. Shameful, undignified, and demented. https://t.co/k18X2tKLJA

It’s hard for me to believe that you want to continue to torture this poor woman and her family. Let it go @realDonaldTrump

Trump remains focused on his feelings rather than those of fallen soldier’s widow https://t.co/H82PUJxjXm

And there you have it. The president is now publicly accusing Gold Star widow Myeshia Johnson of lying.#IBelieveMyeshia pic.twitter.com/3g99azLlwz 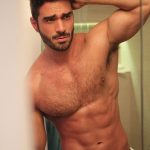 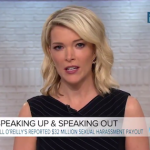 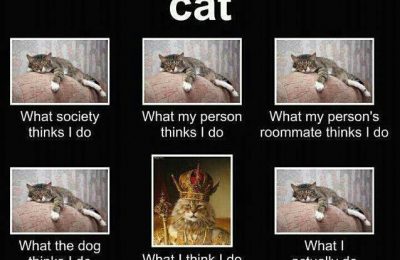 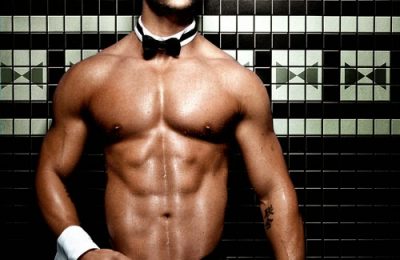 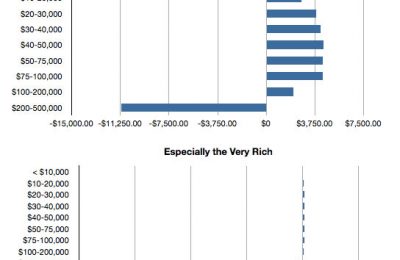