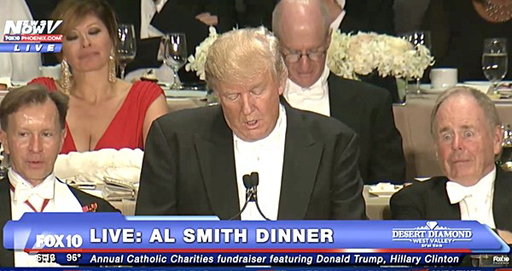 The crowd actually booed Trump for his off-color remarks.

The dinner in New York, to benefit charity, is supposed to be a light-hearted roast where the presidential candidates take jabs at themselves and each other, but the event came just a day after the particularly nasty third presidential debate. During the debate, the candidates didn’t shake hands or acknowledge each other before or after the forum.

Trump, who spoke first, tried at first to keep things light-hearted, but quickly turned to harsh criticism about Clinton, who he described as “corrupt.” His remarks drew boos from the crowd, unprecedented for the event in the memories of observers.

“Hillary believes it’s vital to deceive the people by having one public policy. And a totally different policy in private. That’s okay,” he said, to boos from the crowd. “I don’t know who they’re angry at, Hillary, you or I? For example, here she is tonight in public, pretending the not to hate Catholics.”

“Now, if some of you haven’t noticed, Hillary isn’t laughing as much as the rest of us. That’s because she knows the jokes and all of the jokes were given to her in advance of the dinner by Donna Brazile,” he added.

Trump makes history as the only presidential candidate ever to be booed at the event. 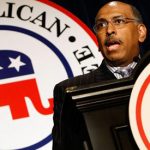 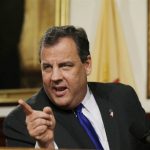 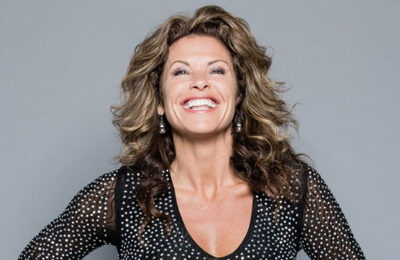 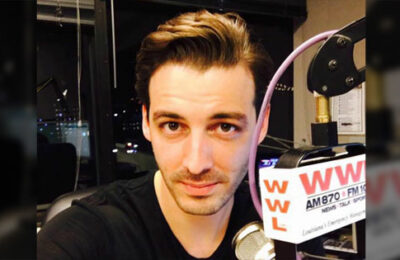 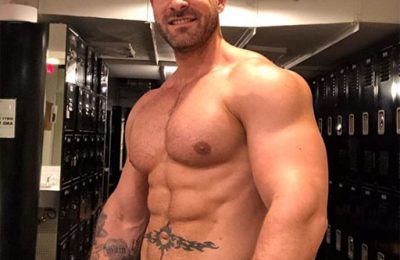