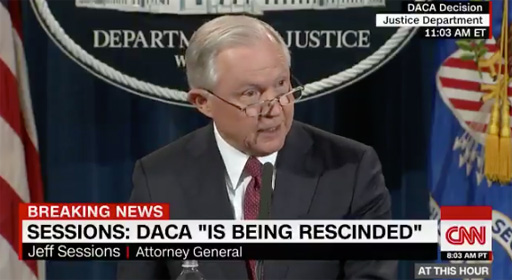 The executive action, which has shielded young undocumented immigrants brought to the U.S. as young children, is now set to expire on March 5, 2018.

The government will no longer accept new applications from undocumented immigrants to shield them from deportation under the Deferred Action for Childhood Arrivals program, known as DACA, administration officials announced Tuesday. But officials said about 800,000 current beneficiaries of the program will not be immediately affected by what they called an “orderly wind down” of former President Barack Obama’s policy.

President Trump signaled the move early Tuesday morning in a tweet, then Attorney General Jeff Sessions formally announced the move to shift the responsibility for the immigration issue to lawmakers.

“The program known as DACA that was effectuated under the Obama administration is being rescinded,” Mr. Sessions told reporters, adding that “The policy was implemented unilaterally, to great controversy and legal concern.”

Officials said some of the current immigrants already receiving protection under the Obama-era plan will be able to renew their two-year period of legal status until October 5. But the announcement means that if Congress fails to act, undocumented immigrants who were brought to the United States as children could face deportation as early as March to countries where many of them have never lived.

Republican Sen. John McCain of Arizona issued a statement which read, in part, “President Trump’s decision to eliminate DACA is the wrong approach to immigration policy at a time when both sides of the aisle need to come together and reform our broken immigration system and secure the border.

“I strongly believe that children who were illegally brought into this country through no fault of their own should not be forced to return to a country they do not know,” added McCain.

Trump preempted the announcement by taking to Twitter putting the onus on Congress to fix the problem:

Congress, get ready to do your job – DACA!

But the fact of the matter is Republicans have blocked such legislation for over a decade. With both houses of Congress and the White House in GOP control they could easily pass legislation to allow these young people to stay in the U.S. legally.

But I wouldn’t count on it. These are the folks who voted over 60 times to repeal and replace Obamacare but when they had their chance to “fix” the issue they had no answers.

Studies show the deportation of roughly these 800,000 young adults could cost the American economy a potential $60 billion loss in tax revenue to the federal government and $280 billion hit to economic growth over 10 years.

Today is a cruel day for Dreamers and all Americans. Trump’s move to end DACA is a manufactured crisis in response to anti-immigrant leaders

My message to Dreamers: We see you. We stand with you. We will fight to ensure you can stay in the country you call home.

91% of Dreamers are employed.

They have spotless records.

This is just racism.

.@realDonaldTrump ending DACA is on the top of the vilest acts you’ve pulled off. You’re destroying the legacy of greater men before you.

Deporting a great kid because he’s brown isn’t going to bring your job at the steel mill back. 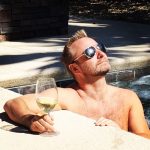 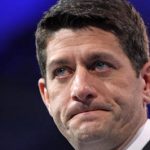 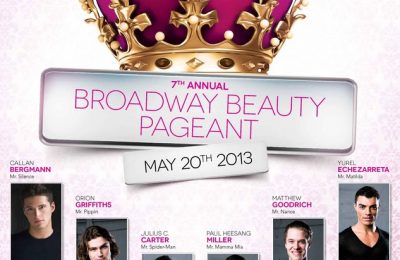 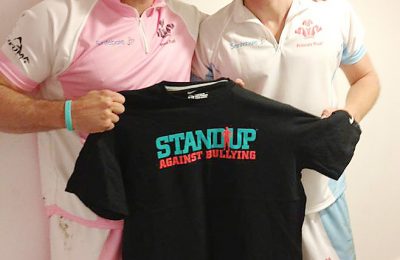 Ben Cohen and Prince Harry “stand up” against bullying 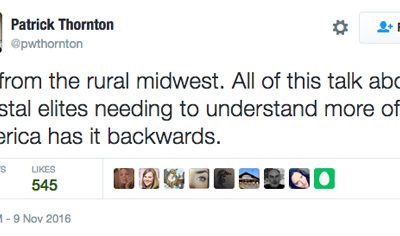