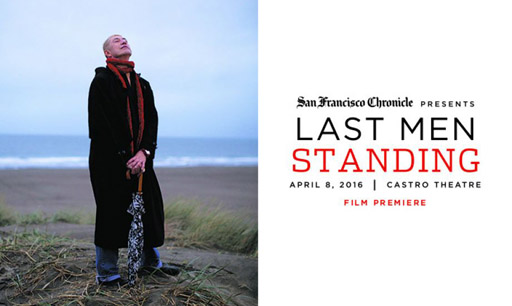 A new documentary produced by the San Francisco Chronicle – Last Men Standing – examines the lives of men diagnosed in the early years of the AIDS epidemic who have survived to tell their stories.

These are stories of survival and loss; courage and fear; histories and horizons. Through the course of the film, eight men explore and explain the lives they’ve lived that they never expected to have.

One of the men featured in the film, Peter Greene, says “I’m the luckiest unlucky person in the world. No one wants to be the last man standing.”

The documentary will be screened at the Castro Theater in San Francisco on April 8. Click here for ticket info.