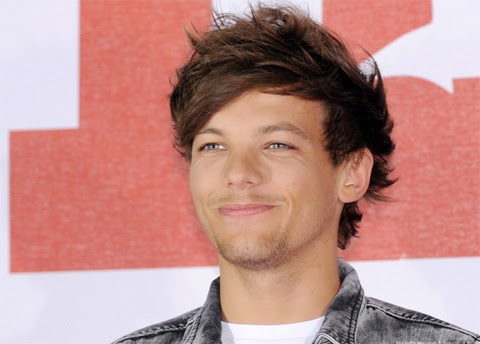 Twitter-land is apparently agog today over a short six second Vine that would appear to show One Direction’s Louis Tomlinson “coming out” as he enters an elevator at his hotel this weekend in Australia.

A single, barely audible Vine video has fuelled rumors that Louis Tomlinson of One Direction is gay, and sparked an enormous frenzy of Twitter speculation. In less than 10 hours, fans posted over 285,000 tweets with the new hashtag #ImGayItsPrettyUnfortunate.

Last night a One Direction fan, who calls herself Amber Almighty, posted a Vine video of band member Louis Tomlinson. The shaky audio from this video is nearly impossible to understand. However, Amber claims the singer said “I’m gay, it’s pretty unfortunate,” (which she later slowed down and changed to “I’m gay, it’s pretty important.”) Even though Tomlinson quoshed similar rumors in the past, insisting he is straight, once more Twitter has erupted in delirium over the singer’s sexuality.

Coincidentally, Tomlinson recently changed his Twitter picture to an anonymous egg and supposedly unfollowed One Direction’s management, fueling rumors that his “coming out” caused conflict with the band’s management. Fans on Twitter replied passionately, promising their support and denouncing anyone threatening to “leave the fandom” if Tomlinson’s homosexuality was confirmed.

Here’s the original Vine, followed by another version a user says they “slowed down” to hear more clearly.

At the end of the day, does anyone really care?

Straight or gay, just be yourself, Louis.