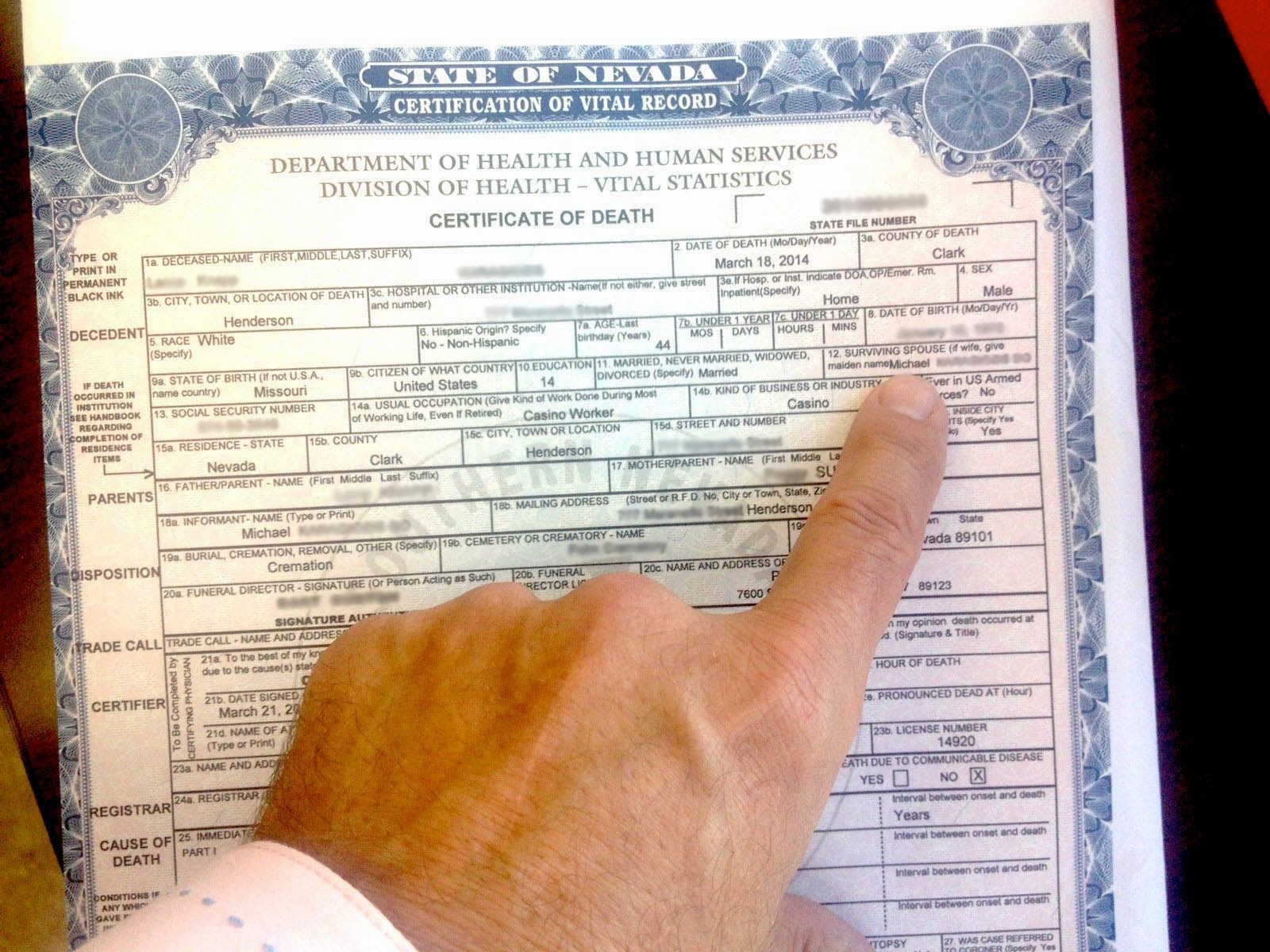 A long-time friend of mine married his terminally ill boyfriend last year.

Since they lived in Las Vegas, they traveled to California for the legal ceremony and license.

Sadly, the husband lost his battle in March of this year.

Adding to the sadness of the loss, my friend had to battle with his deceased husband’s family who never approved of the same-sex marriage.  The family apparently fought to keep the body of the deceased from my friend.

Eventually, in order to have a respectful service and burial, my friend went to court to have a judge rule that he was the “surviving spouse,” and to indicate that on the death certificate issued by the state of Nevada.

As I saw my friend recently and were talking about the sad episode, I began to wonder: was this the first instance of the state of Nevada recognizing  a same-sex marriage?

We’ve seen legal wrangling in Ohio, Indiana and Arizona regarding recognition of same-sex marriages from other states due to terminal illness, etc.  I’m wondering if this has already quietly happened in Nevada?

Nevada does have domestic partnerships that grants “…the same rights, protections, benefits, responsibilities, obligations and duties as…parties to any other civil contract….” But, couples legally married in other states don’t automatically gain this status. Couples married elsewhere must complete and file a notarized Domestic Partnership Declaration form with the Secretary of State’s Office. I asked my friend if they had done this and he said they were in the process of getting that done when his husband suddenly died.

See the death certificate above that lists the deceased as “Male” and the Surviving Spouse as “Michael.”  (I’ve blurred the details for now for privacy’s sake).

Experts – chime in and let me know what you think.