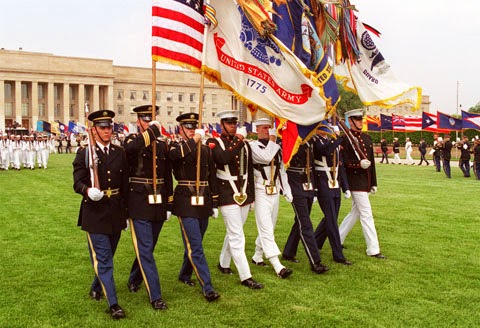 There will be more than the rainbow flag flying at this year’s Capital Pride parade in Washington, DC, this Saturday.

The Department of Defense has approved, for the first time, a color guard presenting the American flag as well as each flag of the military, to march in the Capital Pride parade.

The eight-member team is scheduled to help lead off the 11 / 2-mile parade, immediately preceding the Capital Pride lead banner and grand marshal Chris Kluwe, a former National Football League punter and the author of the book “Beautifully Unique Sparkleponies.”

While no policy has precluded a U.S. Armed Forces color guard from participating in gay rights events since the 2011 repeal of the military’s “don’t ask, don’t tell” policy, gay rights organizations from D.C. to Hawaii say they have routinely faced rejection from local military offices, saying the color guards were otherwise occupied on the days of pride parades.