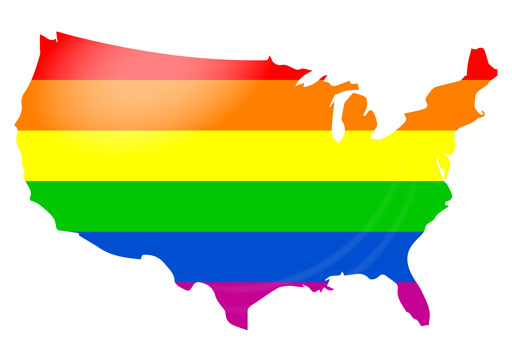 Two Democratic Senators – Kamala Harris of California and Tom Carper of Delaware – have introduced new legislation that would require the U.S. Census Bureau to ensure the approximately 10 million LGBTQ Americans are properly counted for and represented in the Census data efforts.

The Census Equality Act would require the Census Bureau to begin the process of adding questions related to sexual orientation and gender identity to the decennial census by 2030 and the American Community Survey (ACS) by 2020.

LGTBQ communities face many challenges related to this undercounting, chief among them underrepresentation, lack of resources, and discrimination. Despite the fact that millions of Americans identify as LGBTQ, only an estimated .1% of elected officials are LGBTQ. LGBTQ undercounting in the Decennial Census and the ACS result in an inadequate distribution of resources and social services including Medicaid, Section 8 housing vouchers, and the Supplemental Nutrition Assistance Program (SNAP).

“The spirit of the census is that no one should go uncounted and no one should be invisible,” said Senator Harris. “We must expand data collections efforts to ensure the LGBTQ community is not only seen, but fully accounted for in terms of government resources provided. This information can also provide us with better tools to enforce civil rights protections for a community that is too often discriminated against.”

NPR reports “the U.S. Census Bureau announced that the 2020 census questionnaires will include new relationship categories differentiating between ‘same-sex’ and ‘opposite-sex’ couples. That change, some demographers say, could produce the most comprehensive national data yet on same-sex couples.”

The Constitution requires every person living in the U.S. to take part in the census.

The bill has the support of the Human Rights Campaign, the National Center for Lesbian Rights, the ACLU, People for the American Way and many more civil rights organizations.