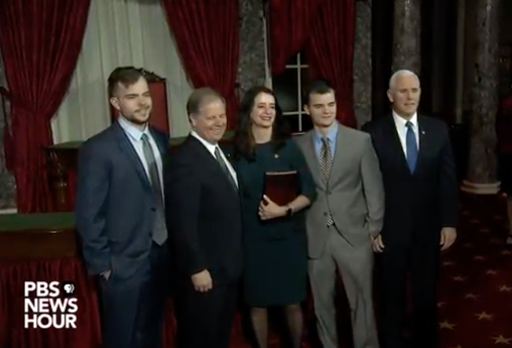 The balance of power in the U.S. Senate will shift ever-so-slightly today as Democrat Doug Jones will be sworn in as the new senator from Alabama.

After Vice President Pence swears Jones in at noon today, Republicans will have a one-vote majority 51-49.

Additionally, Minnesota’s lieutenant governor Tina Smith will be sworn in as the newest senator from Minnesota replacing Al Franken who resigned in the face of sexual misconduct allegations.

Smith’s ascension to the office means Minnesota will become the fourth state to currently be represented by two women in the U.S. Senate.

Additionally, this means the Senate now has a record 22 female senators.