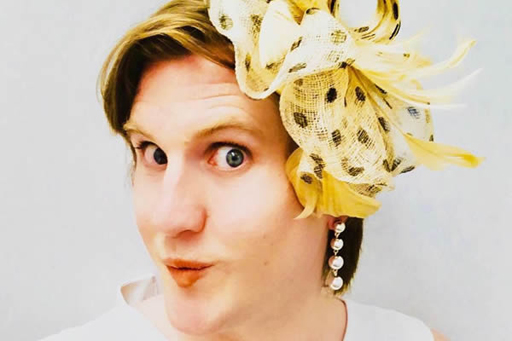 During a visit last summer to Cuba Libre, a popular Washington DC bar and restaurant, Charlotte Clymer was stopped as she attempted to use the women restroom by an employee.

The employee demanded to see the transgender woman’s ID claiming the restaurant ‘required’ her to show legal identification to prove she was female.

Clymer, who was at the venue celebrating a friend’s bachelorette party, dismissed the employee and entered the ladies room. According to the Washington Blade, the employee didn’t ask anyone else for identification.

After entering a stall to do her business, Clymer heard the man walk into the bathroom in an attempt to search for her.

“I go into a stall to do my business and I hear him walk in and search for me in this busy restroom full of women,” Clymer shared on her Facebook. “He is doing everything but opening the stall doors. I ignore him, and after a few minutes, he leaves. I do my business, wash my hands, and walk out.”

“On the other side of the door are the attendant and the manager, who says it’s D.C. law that you must have ‘female’ on your ID to use the women’s restroom,” added Clymer. “I tell him he’s wrong and there’s no chance I’m showing him my ID.”

This is where it’s important to note that Clymer works with the Human Rights Campaign, and if anyone knows the law on transgender protections, it’s Clymer.

In fact, she pulled up the DC Human Rights Act on her phone and showed the manager the ordinance that prohibits discrimination based on gender identity or expression in regard to housing, employment and (ahem) public accommodations.

After the manager, who Clymer described as “condescending and dismissive,” threatened to call the police, she was eventually ejected from the restaurant.

Standing outside the restaurant, an angry Clymer called the police herself. According to the Washington Post, the officers showed up and reassured her the law was on her side.

Eventually, Clymer filed a complaint with the Office of Human Rights, and the DC Attorney General got involved as well.

As a result of her complaint, the owner of Cuba Libre has apologized and been ordered to pay a $7,000 fine for violating the Human Rights Act. Additionally, the settlement with the Attorney General calls for the restaurant to “institute policies on civil rights compliance and training.”

Plus, signage is now required in the establishment that states the local ordinance that “all individuals are allowed to use the restroom that corresponds to their gender identity or expression.”

For her part, Clymer Clymer told the Washington Blade that she’s pleased with the outcome.

“I am quite grateful for the work of Attorney General Racine and his staff to ensure that discrimination has no place in D.C., and I am thankful that Cuba Libre and CEO Barry Gutin have worked in good faith since the fall to ensure that this doesn’t happen again,” Clymer said.

“All parties worked together to make sure a terrible night was turned into a great teaching moment, which was built on the history of advocacy by trans folks in D.C., particularly trans women of color.”