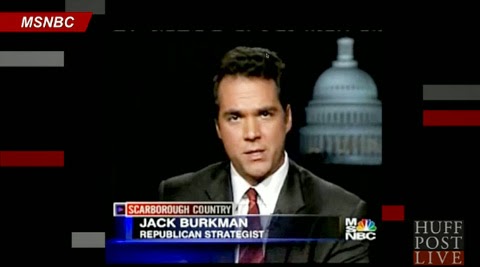 Via the Huffington Post, you can file this under “Never Gonna Happen.”

Republican lobbyist Jack Burkman wants to see Congress pass his “American Decency Act of 2014,” which would make it illegal for “self-declared homosexual football players” to join an NFL team unless it “provides facilities for homosexual players which are entirely separate and distinct from the facilities used by heterosexual players.”

Burkman proposes a fine starting at $3 million for any violations of the proposed “law.”

“I felt that if the NFL doesn’t have any morals, and people like [Commissioner] Roger Goodell, who are just go-along-get-along guys, just want to appease advertisers, appease corporate America and all that stuff,” Burkman said earlier this week, “I figured, well, it is time for conservatives in Congress to step in and define morality for them.”

Earlier this week,  Burkman predicted that dozens of members of Congress would rally behind his proposal.  I’m highly doubting that will happen.

Of course, this is never going to happen. So you have to wonder what kind of publicity Burkman is looking for here since it only serves to portray him as a jackass.

By the way, Burkman has an openly gay brother. Weigh that one out in your heads.