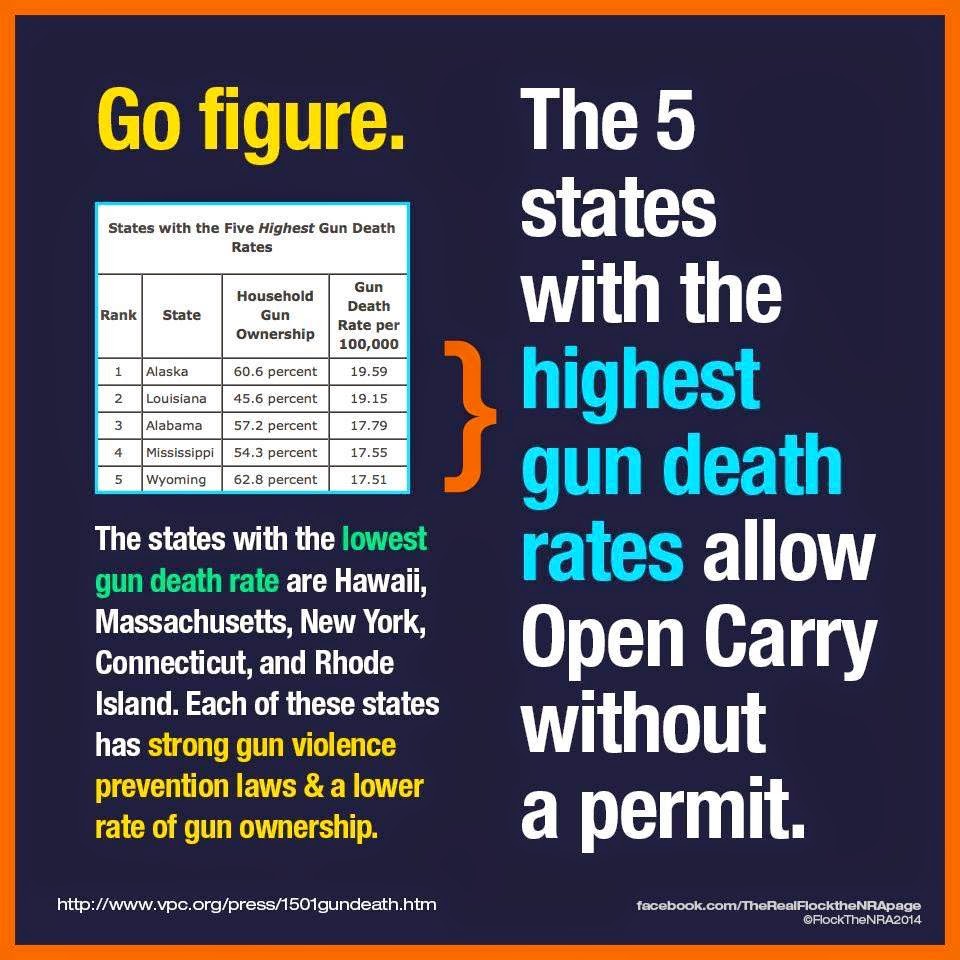 According to data made available from 2013, the states with the highest gun death rates allow Open Carry without a permit.

I believe in the right to gun ownership.  But I don’t see anything wrong with background checks.

You read from activists and politicians on a range of issues that the country should follow the will of the people. Poll after poll shows support in the 70-80% range across the US for background checks.

With support THAT high, why are our elected officials not passing these common sense protections?