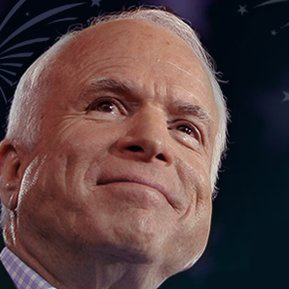 Legendary journalist Dan Rather on the passing of John McCain (via Facebook):

America has lost one of its iconic political leaders with the passing of John McCain. He was of course a senator of distinction and a presidential candidate. Born into a storied military family, McCain first earned national attention during his years of imprisonment in Vietnam. His sacrifice, heroism and courage during that time is of a nature few, thankfully, will ever be forced to comprehend.

In the political career that followed, McCain was controversial and far from perfect. In short, he was human. But at his best, which was frequent, he echoed the highest ideals and traditions of American democracy. He voted his conscience and spoke out fiercely against the current regime.

I knew John, well enough to admire many of his qualities from up close, not well enough to call him a friend. He had many close friends and I mourn for them and his loved ones. John’s good-bye was long and brave and very public. None of that will lessen the hole he will leave behind.

I also mourn for the fact that John will not be alive to see the repudiation I believe is coming to the current degraded state of the republic. We will need more voices of conscience, more iconoclasts, and more people imbued with a service greater than that of their own greed and power. In short, we will need more John McCains.