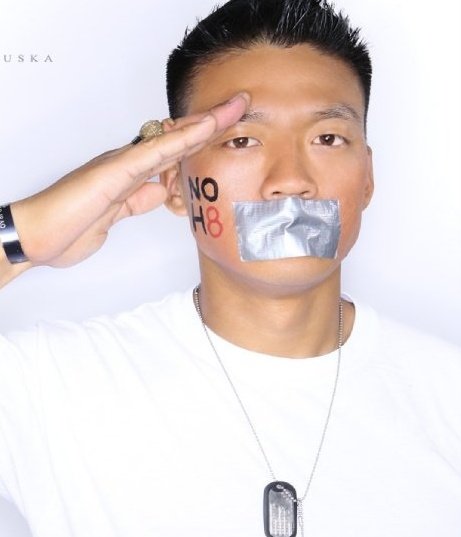 Army veteran and gay activist Dan Choi, Chicago activist Any Thayer were among at least 18 people who were mobbed at a gay pride parade in Moscow by police and a group of Neo-Nazis on Saturday.

Video of the attack was posted on AmericaBlog, in which Choi and Thayer are walking quietly, when a mob of uniformed and undercover police attack them. According to British gay rights activist Peter Tatchell, the arrests took place between 1 p.m. and 2 p.m. Moscow time.

Choi and seven others were carted off to Presnensky Police Station in Moscow after the attack. He and the other foreign protesters were released without a charge or fine, but the Russians will have to remain overnight.

More at The Advocate.