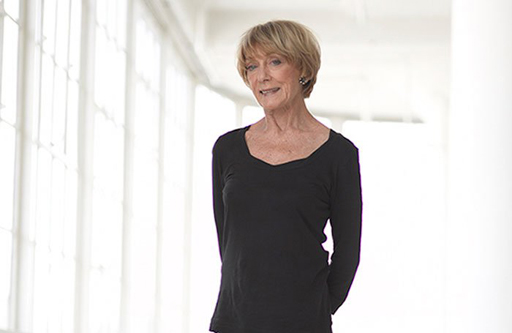 A legend leaves us.

With heavy heart I share the news that acclaimed director/choreographer Dame Gillian Lynne passed away today at the age of 92.

Best known for her choreography for two of the longest running shows on Broadway – CATS and The Phantom of the Opera – Gillian’s career spanned decades and knew no boundaries.

From ballet to opera to theater to television to movies, Dame Gillian was triumphant in every medium she approached.

Gillian was a leading soloist with Sadler’s Wells Ballet, the star dancer at the Palladium, played opposite Errol Flynn in the movies and danced with all the greats on TV. She became instrumental in the development of jazz dance in Britain and her distinctive style – a fusion of classical and jazz – led to her groundbreaking work on the world-famous Cats, which was recognised with a new category of Olivier Award, specially created for her to acknowledge Outstanding Achievement of the Year in a Musical. Cats continues to be produced worldwide Gillian’s 50-plus Broadway and West End shows include: Tonight at 8.30, Love on the Dole, The Match Girls, TomFoolery, Jeeves Takes Charge, Cabaret, The Roar of the Greasepaint, Pickwick, The Card, Phil The Fluter, Hans Christian Andersen, My Fair Lady, Songbook, The Phantom of the Opera and Chitty Chitty Bang Bang.

For the Royal Shakespeare Company: A Midsummer Night’s Dream, The Comedy of Errors, The Way of the World, As You Like It, Once in a Lifetime and The Boy Friend. She has previously worked with Adrian Noble on the RSC production The Secret Garden.

Gillian’s opera productions include the direction of Bluebeard, The Trojans, The Midsummer Marriage, The Flying Dutchman and Parsifal. Among Gillian’s ballets are Breakaway, Lippizaner, The Brontes and Journey for the Bolshoi.

On television, Gillian has directed The Various Ends of Mrs F’s Friends, Easy Money, The Look of Love, The Morte d’Arthur, which won the Samuel G Engel Award in America, and A Simple Man, which won a 1987 BAFTA.

She staged many of The Muppet Shows for ATV and her 11 feature films include A Wonderful Life, Half a Sixpence, Man of La Mancha and Yentl.

She was honored with the Olivier Award for her choreography for CATS, as well as Tony and Drama Desk Award nominations for the Broadway production. Another Tony nomination came for her gorgeous work on Phantom.

My first big job as an actor in New York City was being cast as “The Magical Mr. Mistoffelees” in a brand-new national touring company of CATS. The job, and the show, saved my life in many ways.

Years later I was able to thank Dame Gillian for her brilliant work that in very real terms created jobs for thousands and thousands of people.

A total class act, she could also be very bawdy and fun.

Rest In Peace my darling Gillie. I am heartbroken to write that Dame Gillian Lynne DBE & my dearest wife & friend & love for 40 years passed away at 6.20pm tonight 1st July 2018 at the Princess Grace Hospital. She leaves behind a huge legacy&is adored by many espec @peterland_uk pic.twitter.com/Rn3182mRPt

Gillian Lynne created some of the most incredible bits of movement for the musical theatre stage. Her work is on par with the greats and is terribly under appreciated. I can’t help but think if she had been a man she’d have been one of the most acclaimed directors of our time.

International treasure, dancer, choreographer and director, Dame @Gillian_Lynne – bless her. What a lady & what a lifetime. 🌺🌺🌺 pic.twitter.com/sBhMmpcDzV

RIP Dear Gillie… you supported and inspired me from the very beginning… your spirit & love of dance & dancers lives on in all of us who share that love ❤️ @Gillian_Lynne #DameGillianLynne all love to @peterland_uk x pic.twitter.com/g2jzQwNaGf

Tony Award winner Betty Buckley, who worked with Dame Gillian on CATS and the London premiere of Jerry Herman’s Dear World, shared her thoughts on the loss on Instagram:

I just heard that beautiful, brilliant, beloved Dame Gillian Lynne has passed away today. Her lovely husband Peter Land just posted this: “I’ve had to say goodbye tonight to my greatest love: Dame Gillian Lynne DBE or as she’d rather be known Gillie, Mrs Peter Land. Gillie passed away at 6.20pm – the 1st July 2018 at the Princess Grace Hospital. I am heartbroken but she is finally out of the pain the wracked her and for that I am grateful. I am also grateful for the life we had together (40 years) and lift my arms up towards the sky because it will be from there that her nipples will be famously firing. px” Heart breaking…💔💕
A post shared by Betty Lynn Buckley (@blbuckley) on Jul 1, 2018 at 2:06pm PDT