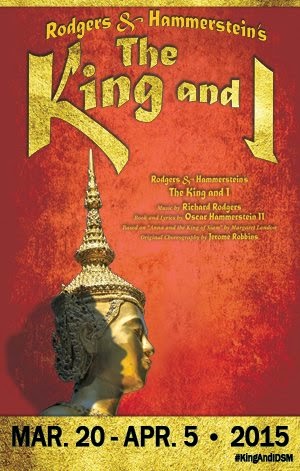 Dallas Summer Musicals recently got some unwanted attention when it came to light that the theater company had plans to produce the Rodgers and Hammerstein classic The King & I with a Caucasian actor in the role of the “King Mongkut,” a practice known as “yellowface.’

The Asian American Performers Action Coalition and others became incensed that one of the few leading roles available to actors of Asian-descent would go to a non-Asian actor.

After many letters, emails and mucho media coverage, the producer Michael Jenkins and director Glenn Casale (a good friend of mine, and a stand-up guy) have decided to begin again and find a proper actor of Asian background to play the role this summer.

Jenkins posted a statement addressing the concerns of the Asian actors community and ended with this:

Which goes to show, strong grassroots actions can have a powerful impact.

Good for everyone, I say.