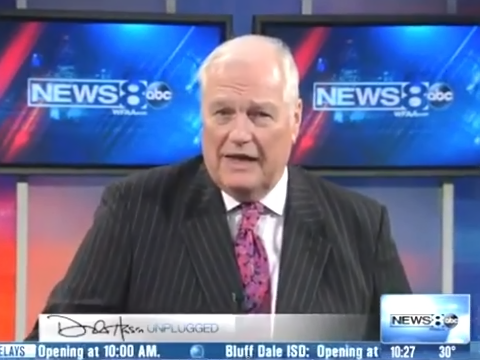 Watch Dallas sports news anchor Dale Hansen deliver this SMACKDOWN on the hypocrisy of homophobia in the NFL in this knock-out “Unplugged” segment on Dallas’s WFAA News.

Hansen, who is straight, shares his support of Michael Sam and the inclusion of gay players in the NFL.

And he also lays down some hard truths about what we’ve deemed “acceptable” in sports, while gay players have been shunned.

From his on-air opinion piece:

“I’m not always comfortable when a man tells me he’s gay, I don’t understand his world but I do understand that he’s part of mine.”

He then quotes Audre Lorde, “It is not our differences that divide us. It is our inability to recognize, accept, and celebrate those differences.”