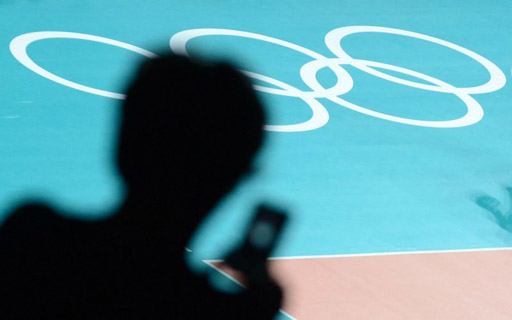 A “reporter” for The Daily Beast – Nico Hines – thought it would be fascinating journalism to fire up Grindr while attending the Rio Olympics and pretend to hook up with Olympic athletes.

Oh – did I mention the “reporter” is a straight, married male?

So the story starts off bad enough, but it gets worse when the “reporter” publishes a “story” basically outing several of these athletes, many of which live in repressive countries. Included in the original article were details such as the heights, weights and other physical features of the Olympic athletes with whom he communicated with which puts these athletes at risk.

This is a seriously ethical mess. This isn’t journalism. This is trashy, unprincipled and terribly dangerous.

I’ll note that I keep putting the word “reporter” in parenthesis because I’m not sure I can refer to this guy as a journalist.

The article, written with mocking condescension, eventually had to be edited after several hours online.

The Daily Beast appended the article with this editor’s note:

A number of readers complained to The Daily Beast after the publication of the original iteration of this story. We take such complaints seriously because a central part of The Daily Beast’s mission is to fight for full equality and equal treatment for LGBT people around the world.

Publishing an article that in any way could be seen as homophobic is contrary to our mission. There was some concern that the original version of this story might out gay male athletes, even by implication, or compromise their safety.

This was never our reporter’s intention, of course. No names were ever used and some of the profiles described were of straight women. But there was a concern that even mentioning the home nation of some gay athletes could compromise their safety. As a result, we have removed all descriptions of the men and women’s profiles that we previously described.

Mic had this reaction:

In this pseudo-ethnographic piece, Hines has failed at meeting one of journalism’s central tenets. For reference, the Society of Professional Journalists’ code of ethics has an entire section on “minimizing harm.” In it, SPJ says, “Ethical journalism treats sources, subjects, colleagues and members of the public as human beings deserving of respect.”

Hines, who is married with children, included the heights, weights and countries of origin of several athletes whom he arranged dates with. That he saw this as no big deal is a huge problem and shows that he is blind to his own privilege by writing the piece.

Putting an Olympian’s stats next to their country of origin endangers the well-being of that person, especially when one athlete was from Central Asia, a region in which LGBT people are “marginalized, criminalized, and are exposed to high levels of violence, harassment and discrimination,” according to one U.S. congressman’s testimony.

a hetero journalist “reported” on going on grindr at the rio olympics. this is so deeply unethical. pic.twitter.com/X7pbxNlvoh

So @NicoHines basically just outed a bunch of athletes in his quest to write a shitty @thedailybeast article where he admitted to entrapment— Gus Kenworthy (@guskenworthy) August 11, 2016

So… straight "journalist" for @thedailybeast probably gonna get some gay guy killed with this piece.https://t.co/4LlHZ75uzl— Dan Savage (@fakedansavage) August 11, 2016

Please EVERYONE tell @thedailybeast & @NicoHines to delete their article ASAP. It puts people at risk.

I’m not going to link to the article because every time I see someone link to it I want to scream, but @NicoHines is a garbage person.

That @DailyBeast article is some nasty, unconscionable, dangerous stuff.
Take it down immediately and apologize, @NicoHines.
Disgusting.