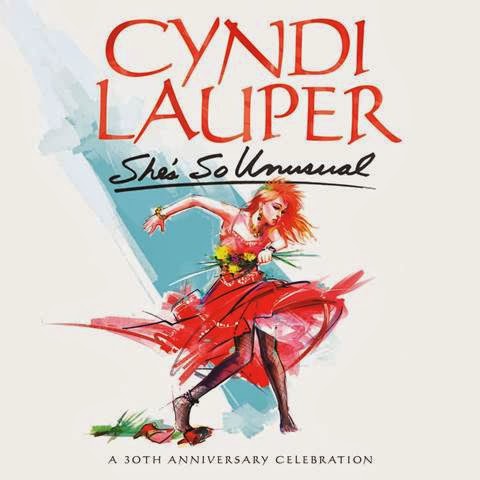 Cyndi Lauper will be joining Cher as a special guest on 36 dates of her upcoming Dressed To Kill Tour.

The first appearance will begin in Buffalo, NY on April 23rd and continue until San Diego on July 11th.

Cyndi will celebrate the 30th Anniversary of her record-breaking debut album by performing songs from She’s So Unusual, on all dates.

Lauper will celebrate the anniversary of her groundbreaking, record-setting debut album with She’s So Unusual: A 30th Anniversary Celebration which will be released on April 1, 2014 and is available for pre-order on iTunes and Amazon now.

Cher said she is thrilled to have the Tony award winning Kinky Boots composer and charismatic performer back on the road with her.

Here’s just one of the new remixes included in the upcoming 30th Anniversary release of She’s So Unusual: