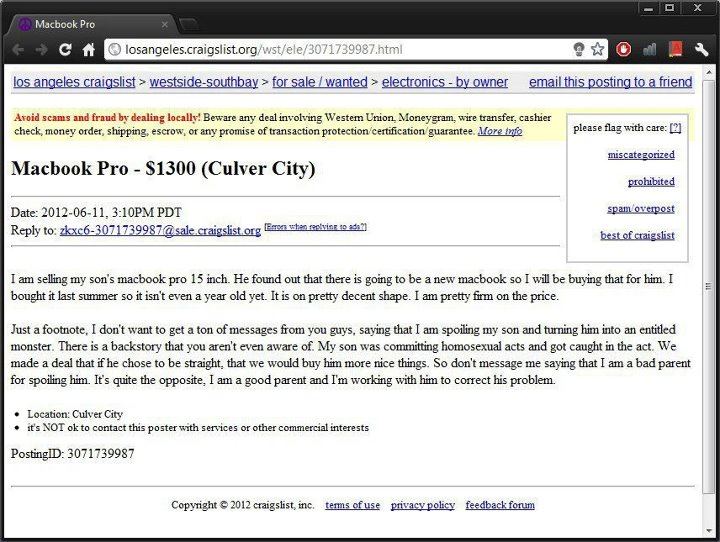 “I am selling my son’s MacBook Pro 15 inch.  He found out that there is going to be a new MacBook so I will be buying that for him.  I bought it last summer so it isn’t even a year old yet.  It is on pretty decent shape.  I am pretty firm on the price.”

“Just a footnote, I don’t want to get a ton of messages from you guys, saying that I am spoiling my son and turning him into an entitled monster.  There is a backstory that you aren’t even aware of.  My son was committing homosexual acts and got caught in the act.  We made a deal that if he chose to be straight that we  would buy him more nice things.  So don’t message me saying that I am a bad parent for spoiling him.  It’s quite the opposite, I am a good parent and I’m working with him to correct his problem.”

I checked the URL and the ad has been flagged and taken down.  Not sure if it was serious or not…

UPDATE: It now appears this “ad” is the work of a young man who apparently posts things on Craigslist to see what kind of “passionate” response the ads will bring.  More here.