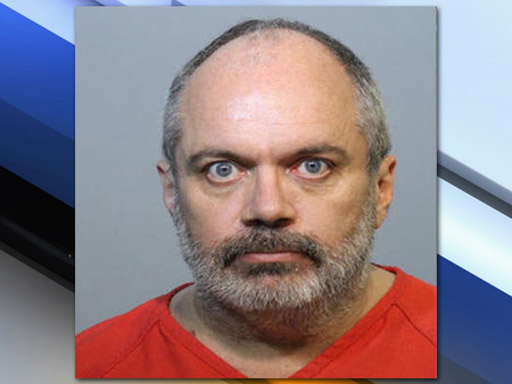 After making multiple threats towards the gay community of Wilton Manors on social media, 50 year old Craig Jungwirth has been charged with the interstate transmission of a threatening communication.

From the local ABC News affiliate:

According to federal prosecutors, Jungwirth, who used to live in Wilton Manors, threatened to orchestrate a similar massacre to the one at Pulse nightclub in Orlando, where a gunman killed 49 people in June.

“My events are selling out ’cause you (expletive) are total patsies. None of you deserve to live. If you losers thought the Pulse nightclub shooting was bad, wait till you see what I’m planning for Labor Day,” Jungwirth posted last month on Facebook, according to an indictment. “You can never catch a genius from MIT and since you (expletive) aren’t dying from AIDS anymore, I have a better solution to exterminate you losers … I’m gonna be killing you (expletive) … It’s time to clean up Wilton Manors from all you AIDS infested losers.”

Nick Berry, who owns Rumors Bar and Grill, told Local 10 News that Jungwirth is the same man who was caught on surveillance video in May vandalizing his bar.

Berry said Jungwirth has become deranged and angry with many in the community.

“Even though he’s gay, and he’s attacking gays, this is clearly a hate crime,” Berry said. “It’s clearly, I think, a domestic terrorist threat.”

Jungwirth faces up to five years in prison, three years of supervised release and a $250,000 fine if he is convicted.