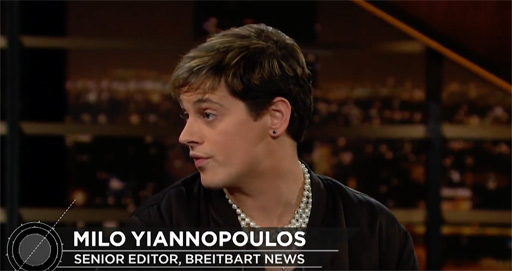 Earlier today, I posted about professional conservative provocateur Milo Yiannopolous’ comments regarding young boys and adult men on the “Drunken Peasants” podcast last year which came to light in the past day.

The scandal erupted just a day after the American Conservative Union had asked Milo to be the keynote speaker this week at the Conservative Political Action Conference.

Just minutes ago, CPAC rescinded the invite based on the offensive comments made by Milo in the videos.

It turns out there is something in the world that’s too extreme for CPAC.

The “un-invite” reads in part:

“Due to the revelation of an offensive video in the past 24 hours condoning pedophilia, the American Conservative Union has decided to rescind the invitation of Milo Yiannopolous to speak at the Conservative Political Action Conference.

“We realize that Mr. Yiannopolous has responded on Facebook, but it is insufficient. It is up to him to answer the ought questions and we urge him to immediately further address these disturbing comments.”

See the full statement below (click to enlarge image).

“@ACUConservative has decided to rescind the invitation of Milo Yiannopoulos to speak at #CPAC2017.” pic.twitter.com/sVWGnPCW7C