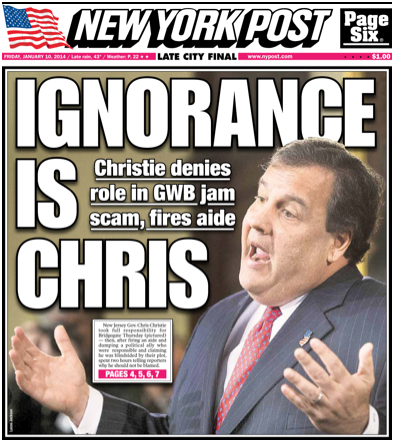 The main story covering what is now being called “BridgeGate” goes on to say that six people caught up in the traffic jam caused by Gov. Chris Christie staff members:

The six commuters, who are all from Bergen County, were “trapped on
local roads” and were either late or missed work between Sept. 9 and
Sept. 12 when Christie’s senior aide Bridget Anne Kelly conspired with a Port Authority official David Wildstein to shut down two of the three lanes leading to the George Washington Bridge from Fort Lee, the suit says.