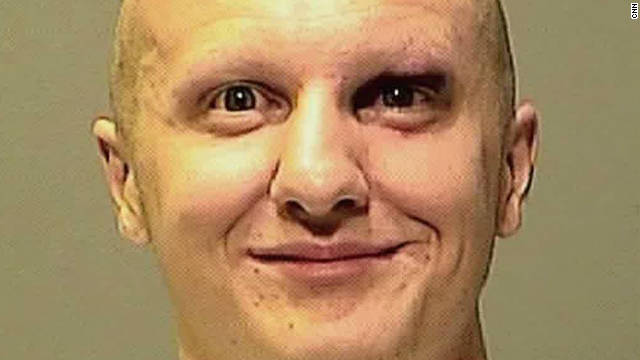 Jared Loughner, the man who shot Rep. Gabby Giffords in the head and killed six others, was sentenced in Arizona today to 7 consecutive life sentences.

Giffords’ husband, Mark Kelly, addressed the man directly with his wife at his side:

“Gabby would trade her own life for one you took on that day,” Kelly said of his wife, whose efforts to recover have inspired many people across the nation. “Every day is a continuous struggle to do the things she was once so very good at.”

“Mr. Loughner, you may have put a bullet through her head but you haven’t put a dent in her spirit and her commitment to make the world a better place,” Kelly said, according to media reports.

“You tried to create for all of us a world as dark and evil as your own,” said the former astronaut as he looked at Loughner. “But know this, and remember it always: You failed.

“You have decades upon decades to contemplate what you did. But after today, after this moment, here and now, Gabby and I are done thinking about you.”

The full text of Mark Kelly’s statement can be read here.

The shooting took place on January 8, 2011, during a routine political appearance.

After 31 shots were fired, 6 people were dead, and Giffords was critically injured.

Loughner was the only suspect. The only question focused on whether he would avoid the death penalty because of his mental health. After the shooting, Loughner was diagnosed with schizophrenia and underwent forcible psychotropic drug treatments.