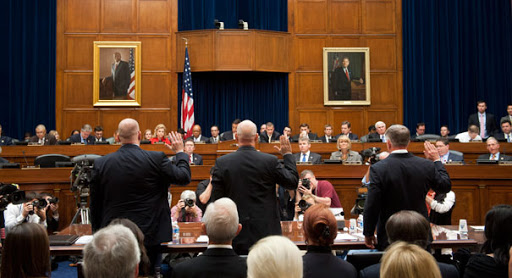 Congressional Democrats have finally decided to push back against what they call “misleading” edited leaks of testimony from the committee investigating the attack of the American consulate in Benghazi.

Democrats are announcing their intention to unilaterally release full transcripts of private interviews that the committee has conducted, starting with the testimony of Hillary Clinton chief of staff Cheryl Mills. It’s a dramatic move from the five Democrats on the committee, which under the direction of Rep. Elijah Cummings has so far insisted that it won’t leak information to journalists while the investigation is underway.

Democratic efforts to press back against the committee have reached an apex in the past week, as they attempt to capitalize on a misstep by House Majority Leader Kevin McCarthy, who linked the committee’s efforts to a political effort to hobble Hillary Clinton’s bid for the White House.

“Everybody thought Hillary Clinton was unbeatable, right? But we put together a Benghazi special committee. A select committee,” McCarthy said on Fox. “What are her numbers today? Her numbers are dropping. Why? Because she’s untrustable. But no one would have known that any of that had happened had we not fought to make that happen.”

The Benghazi inquiry is now the longest special Congressional inquiry in the history of the United States. Longer than Watergate, longer than Iran/Contra, longer than the investigation into the shooting death of President Kennedy.

After eight Congressional investigation into the attack in Benghazi, at a cost of over $4 million to American taxpayers, no evidence of wrongdoing has been found.