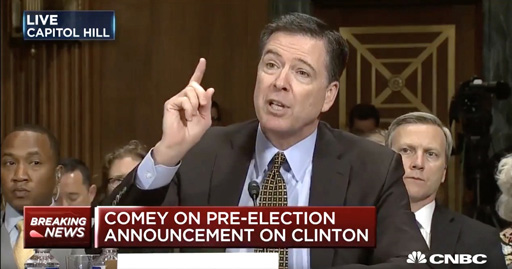 Top members of the Senate Judiciary Committee are asking the FBI to provide memos from former director James Comey and for the White House to turn over any audio recordings that might exist of conversations with the now-fired director.

Republican Sen. Charles Grassley of Iowa and Democratic Sen. Dianne Feinstein of California sent the letter to the Justice Department and the White House on Wednesday. They called on the White House “to provide records of interactions with former Director Comey, including any audio recordings.”

The letter came after the Senate Intelligence Committee made a similar request for Comey’s memos. The Intelligence panel also sought his testimony in open or closed session.

Additionally, the House Oversight committee has requested the same documents.

Earlier today, Rep. Justin Amash became the first House Republican to say that impeachment would be appropriate if the allegations regarding Trump’s request that Comey end the Michael Flynn investigation were to be proven true.