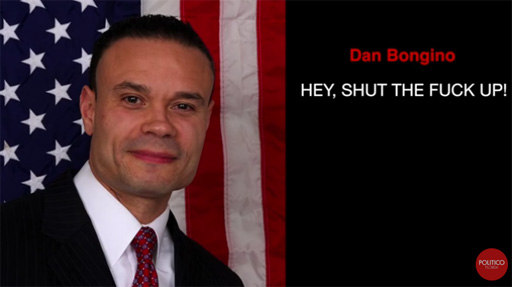 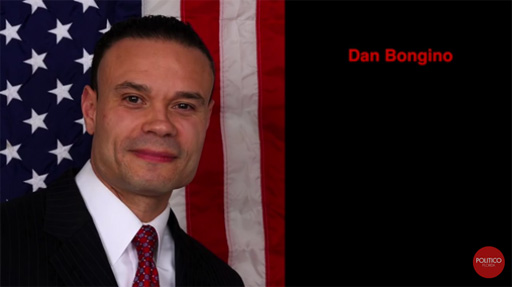 Politico reporter Marc Caputo was following a story via Twitter where Congressional candidate and former Secret Service agent Dan Bongino had attacked the Naples Daily News for what he called “propaganda” in a story the paper had published about him.

Caputo atempted to clarify, via Twitter, exactly what Bongino felt was “propaganda” in the article.

The newspaper had reported Sunday that Bongino was “lacking” financial backing from the district, noting that only 6 percent of itemized donations came from Collier and Lee counties. Citing Federal Election Commission records, it also reported that he raised “a disproportionate amount of his money from donations of less than $200.”

Bongino asked Caputo to call him and, after a long back and forth of exchanges on Twitter, he gave his telephone number after being told the conversation would be recorded. Bongino later hung up after losing his temper and shouting “shut the fuck up! … Go fuck yourself, you piece of shit!”

The full, recorded conversation is below. While the 17 minute length might seem long for casual web surfing, I found it highly enlightening that a candidate for Congress would act out in this manner speaking to the press, especially when Caputo had expressly communicated that he was going to be recording the conversation.

Some of Bongino’s comments are captured for closed-captioning. I’ve included a few screen captures of the actual recording. 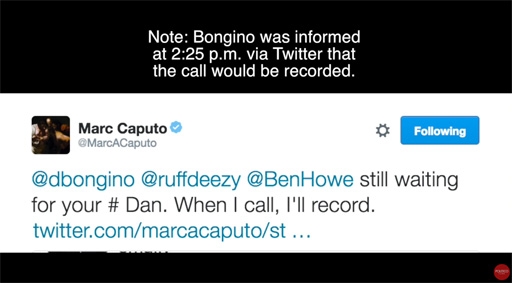 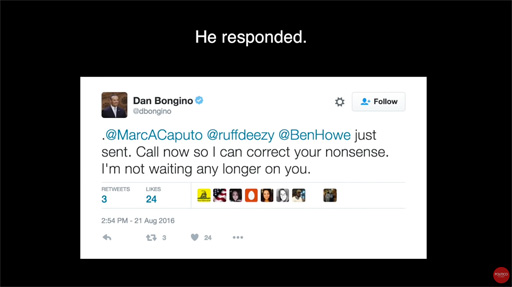 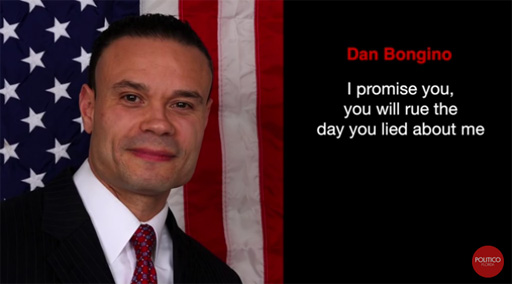 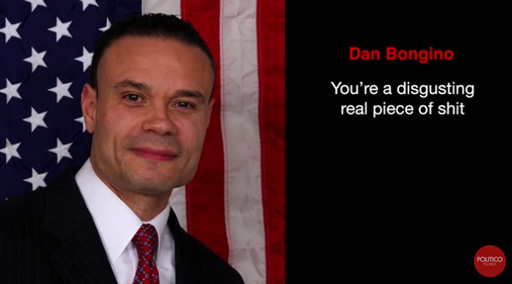 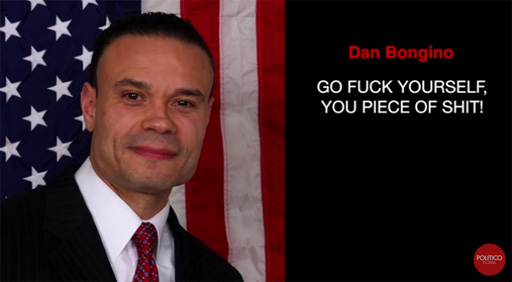 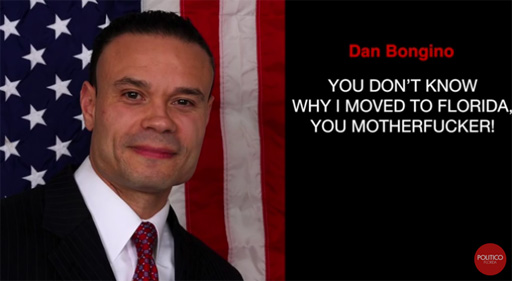 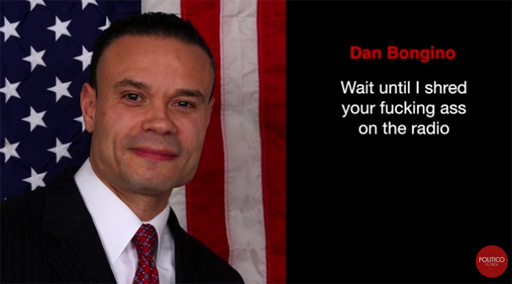