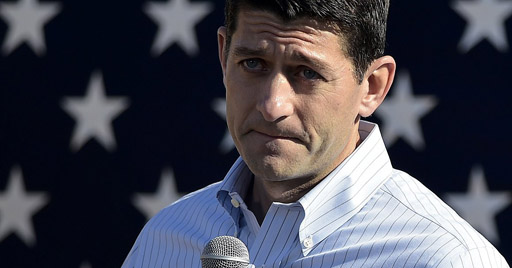 After Donald Trump’s embarrassing performance at a press conference with Russian President Vladimir Putin today in Helsinki, some Congressional leaders are speaking out.

Some are more forceful than others.

We have this feckless drivel from Republican Speaker of the House Paul Ryan via press release:

“There is no question that Russia interfered in our election and continues attempts to undermine democracy here and around the world. That is not just the finding of the American intelligence community but also the House Committee on Intelligence. The president must appreciate that Russia is not our ally. There is no moral equivalence between the United States and Russia, which remains hostile to our most basic values and ideals. The United States must be focused on holding Russia accountable and putting an end to its vile attacks on democracy.”

“The Senate Intelligence Committee has reviewed the 2017 IC (intelligence community) assessment and found no reason to doubt its conclusion that President Putin ordered an influence campaign aimed at the 2016 U.S. elections with the goal of undermining faith in our democratic process. Russia has conducted a coordinated cyberattack on state election systems, and hacked critical infrastructure. They have used social media to sow chaos and discord in our society.

“They have beaten and harassed U.S. diplomats and violated anti-proliferation treaties. Any statement by Vladimir Putin contrary to these facts is a lie and should be recognized as one by the President.

“Vladimir Putin is not our friend and never has been. Nor does he want to be our friend. His regime’s actions prove it. We must make clear that the United States will not tolerate hostile Russian activities against us or our allies.”

On the other side of the aisle, Senate Minority Leader Chuck Schumer of New York (D) offered this:

“What could possibly cause President Trump to put the interests of Russia over those of the United States? Millions of Americans will continue to wonder if the only possible explanation for this dangerous behavior is the possibility that President Putin holds damaging information over President Trump. For the president of the United States to side with President Putin against American law enforcement, American defense officials, and American intelligence agencies is thoughtless, dangerous, and weak. The president is putting himself over our country.”