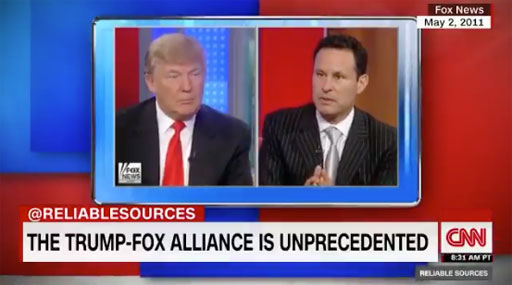 From Trump’s regular appearances going back to 2011 to consulting with Fox News host Sean Hannity on a regular basis, Stelter goes into how odd it is.

Stelter sees the conservative network’s support for Trump as a sort of “merger between a culture-war TV station and a culture-war president.”

Many are beginning to call Fox News the ‘state-run news organization.’

“No TV host has ever had this kind of relationship with a US president before … Sure, Obama had big fans on MSNBC, but … no one ever thought Keith Olbermann was Obama’s ‘shadow Chief of Staff'”: @BrianStelter on the relationship between Trump and Fox’s Hannity pic.twitter.com/C46vYLryA8