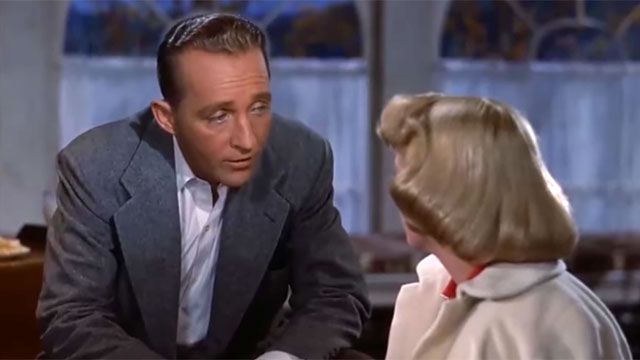 From the 1954 film White Christmas, “Count Your Blessings (Instead of Sheep)” by legendary songwriter Irving Berlin has been associated with Christmas since the film debuted even though the lyrics make no reference to the December holiday.

Sung in the movie musical by Bing Crosby and Rosemary Clooney, it was nominated for an Academy Award as “Best Song” but lost the trophy to “Three Coins in the Fountain” from the film of the same name.

Popular on the radio, it was the cover by Eddie Fisher that climbed the highest on the Billboard charts peaking at number 5. Bing Crosby and Rosemary Clooney only reached number 27, but their movie performances are forever.

These are some real voices, kids…