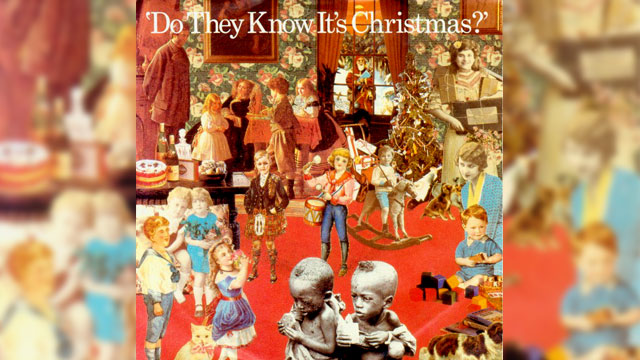 “Do They Know It’s Christmas?” was first recorded in a single day on November 25, 1984, by super-group Band Aid, consisting of some of the most popular British and Irish musical acts at the time.

At the time, it became the biggest selling single of all time in the UK.

The single was released in the United Kingdom on 3 December 1984 and, aided by considerable publicity, it entered the UK Singles Chart at number one, where it stayed for five weeks.

It sold a million copies in the first week, becoming the best-selling single in UK chart history; it held this title until 1997, when it was overtaken by Elton John’s “Candle in the Wind 1997”.

UK sales passed three million on the last day of 1984.

And if you’re in the mood for more holiday cheer, click here to find more Christmas music from The Randy Report.