Christina Aguilera has marked the 20th anniversary of her iconic ‘Beautiful’ music video by releasing a new version of the self-empowerment anthem with a focus on the pressures young people face due to social media.

Directed by Fiona Jane Burgess, the new video shows young people consuming social media and the effects on their mental health and self-worth: 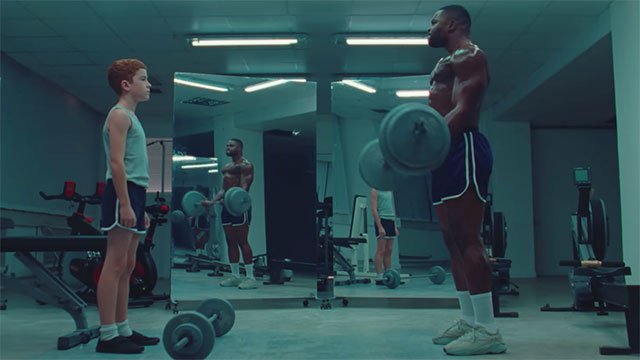 In most of the scenes, young people surround the subjects with cell phones recording the moments.

As you may recall, the original 2002 version focused on folks at war with eating disorders, body dysmorphia, racism and homophobia.

Both versions of ‘Beautiful’ end with the young people overcoming their dark thoughts and rejecting the negative messaging. The last vision the viewer sees of a cell phone bleeding out with the text:

“In the last 20 years, since ‘Stripped’ was first released, social media has transformed our relationship with our bodies, and in turn, our mental health.

“Research suggests that time spent on social networking sites is associated with body image issues, self-harm and disordered eating in children and teens.

“This needs to change.”

A recent poll found nearly two-thirds of parents say their child is self-conscious about their appearance.

On Instagram, Christina Aguilera shared a clip of the new video with this message:

“We are Beautiful, no matter what they say ❤‍ A message I will always stand by and a message I prioritize to instill in my own children through every chapter of their lives!

“Today, it’s harder than ever to hear our own voice amongst so many others infiltrating our feeds and minds with mixed messaging ultimately leading us to tune-out our own truth and self-worth.

“The original ‘Beautiful’ video set out to bring awareness and a sense of compassion in the face of judgment, criticism, and outside opinions. It still carries an important message to remember our core values outside of what’s being fed to us…to find a sense of balance and accepting ourselves for who we are.”

The YouTube page for the video includes contact information for those who might need a little guidance and care to take charge of their mental health including the International Mental Health Association, Trans LifeLine, The Trevor Project, and HelpGuide.

Watch the 20th anniversary music video for ‘Beautiful’ below.